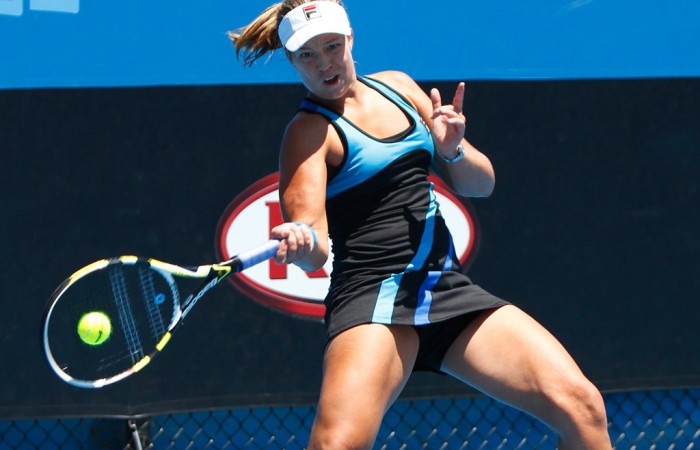 Tennis Australia’s national selectors granted Ferguson a wildcard into the women’s field joining Dokic as the only two named women’s wildcard so far.

“Sophie has had a great year in 2010  being named in the Fed Cup squad for the first time since 2005 and  recording a career high ranking of No.109 in July,” Head of Women’s Tennis Craig Morris said.

“She backed this up with some strong performances at the Australian Open wildcard playoff where she reached the semifinals and I know she will be looking to build on this form in Brisbane.

“It is a great opportunity for Sophie to play the main draw of the Brisbane International.  I have no doubt she will make the most of it and look to build on her performances there prior to the Australian Open.”

Ferguson said she appreciates the opportunity to play in the main draw at the Brisbane International.

“I had four really good matches at the Australian Open wildcard playoff this month and I have worked really hard coming into the summer and it feels like it is all starting to pay off.

“Over the two years I have had the opportunity to play some strong WTA players which has given me experience at playing at a higher level and playing under pressure.

“My aim in Brisbane is to win as many matches as I can, work hard and get some tough match play in the lead up to the Australian Open.

Brisbane International Tournament Director Steve Ayles said Ferguson will be another great Australian player for the Queensland crowd to support.

“Sophie is the fifth Australian player to join the women’s main draw in Brisbane demonstrating the strength of women’s tennis in Australian right now,” Ayles said.

“All of these girls will be looking for some tough matches in January leading up to the Australian Open and with home town support who knows how far they can go.

“Sophie has come a long way in the last few years and will really benefit from this opportunity. I look forward to welcoming her to the Brisbane International in January.”

The women’s wildcard will join world No.6 Stosur, No.13 Shahar Peer, No.15 Nadia Petrova and No.16 Marion Bartoli in the women’s draw.

Ferguson previously played at the Brisbane international in 2009 where she made the second round of qualifying.