The brightest stars of world tennis are headed to Sydney in January, with Medibank International Sydney tournament organisers confirming today that seven of the top 10 women will take part in the event. The stunning line-up for the 9–15 January event includes four current or former World No.1s and four Grand Slam champions. Leading the women’s… 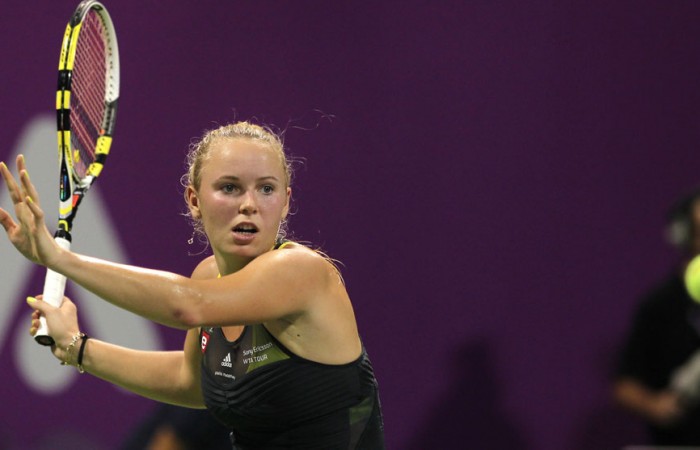 The brightest stars of world tennis are headed to Sydney in January, with Medibank International Sydney tournament organisers confirming today that seven of the top 10 women will take part in the event.

Leading the women’s field is world No.1 Caroline Wozniacki, who is returning to the event for the third consecutive year. She is joined by two-time Grand Slam finalist Vera Zvonareva (No.2), US Open champion Kim Clijsters (No.3) and Australia’s world No.6 Samantha Stosur.

Rounding out the top 10 is French Open champion Francesca Schiavone (No.7), Serbian Jelena Jankovic (No.8) and Victoria Azarenka (No.10).

In the men’s draw, defending champion and fan favourite Marcos Baghdatis leads the way, along with 2009 US Open champion and former world No.4 Juan Martin Del Potro.

“We are delighted with our confirmed player lists for January, and in particular our women’s field, which features 13 of the world’s top 20,” Watson said.

“To have a field that includes the world No.1 in Caroline Wozniacki, two-time Medibank International Sydney champion Kim Clijsters and of course Sam Stosur is an exciting prospect.

“The men’s entry list is solid with a low cut-off of just 52 and when you add crowd favourites such as Marcos Baghdatis and Ana Ivanovic  to the line-up, then I believe we will be all witness to some outstanding and very exciting tennis action in January.”

Watson also confirmed that Argentine Juan Martin Del Potro, the 2009 US Open Champion, had been awarded a wildcard into the event after a long injury lay-off, before adding that the remaining men’s and women’s wildcards would go to Australians or marquee players.

“Our wildcard recipients will be announced over the coming weeks and whilst they are likely to go to Australians, there is always the opportunity to award a marquee player a wildcard should they be looking for some additional matches before the Australian Open,” Watson said.

Tickets to the Medibank International Sydney 2011 are on sale now through Ticketek and can be purchased online at www.ticketek.com.au or 1300 888 104.