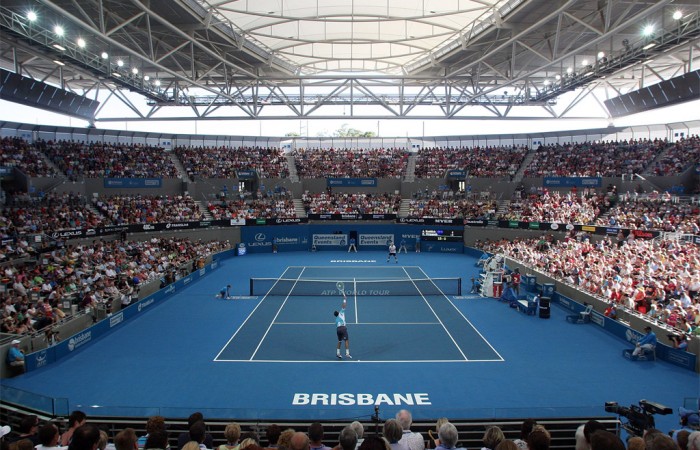 The official launch of Brisbane International 2011 today unveiled an exciting array of new on-site developments and reaffirmed the popularity of the tournament with some of the world’s best players returning in 2011.

“All of these players have previously played at the Brisbane International and it is a huge endorsement for the event and the city that they return year arfter year.”

“I  played [at the Brisbane international] the first year when it was in Brisbane and  I had a great time,” Stosur said.

“ It has definitely built the reputation of one of the best events in the world and has great facilities so I am really looking forward to coming back.”

“It will be a different kind of scenario from last time I played there. It will be lots of fun, maybe I will sneak in a good seeding and hopefully give the crowd something good to watch. If I could make it all the way through to the last day that would be great.”

“I really enjoyed my time in Brisbane,” Roddick said.

“I enjoyed the tournament and I feel it is the best preparation for me for the Australian Open.

“They have a great stadium in place, I think they were sold out at most of the sessions last year, they do a great job and treat the players really well.

“Everything from the hotel to the facilities to the people working at the tournament, everything was very enjoyable. My wife enjoyed the city, which is always a big part of the decision-making process.”

Adding to the tournament appeal in 2011 is the introduction of electronic line-calling system Hawk-Eye at Pat Rafter Arena and a further 250 seats for Show Courts 1 and 2.

“Hawk-Eye will bring fans closer to the action with spectators able to watch, alongside their tennis heroes, whether a ball is ‘in’ or ‘out’ during play, while the expanded  Show Court  stands will allow more tennis fans to experience world-class tennis from a great vantage point,” Ayles continued.

In 2011 crowds at the Brisbane International will also be entertained by live music throughout the tournament, with the leading ladies of WICKED (the musical), Lucy Durack and Jemma Rix, to sing the national anthem prior to the Men’s Final at Pat Rafter Arena.

The ever popular kidzone is back in 2011 with a jumping castle, speed serve, dive and volley, a rock climbing wall, mini tennis courts, face painting, interactive games and talent search demonstrations.  MLC Tennis Hot Shots demonstrations will again be a feature, with tennis stars of the future appearing on the Show Courts prior to the commencement of play.

Ground passes for the event are $12.90 with the qualifying event on Friday 31 December and Saturday 1 January 2011 remaining free of charge.

Read all about Brisbane’s latest signings at the official Brisbane International website.