In a last-ditch bid to win the Australian Open, Lleyton Hewitt has radically altered his preparation for his home grand slam and will play the Kooyong Classic lead-up tournament for the first time. But reigning Open champion Roger Federer will again be a no-show, electing to play once more in Doha, while there is only a slim possibility that world No.1… 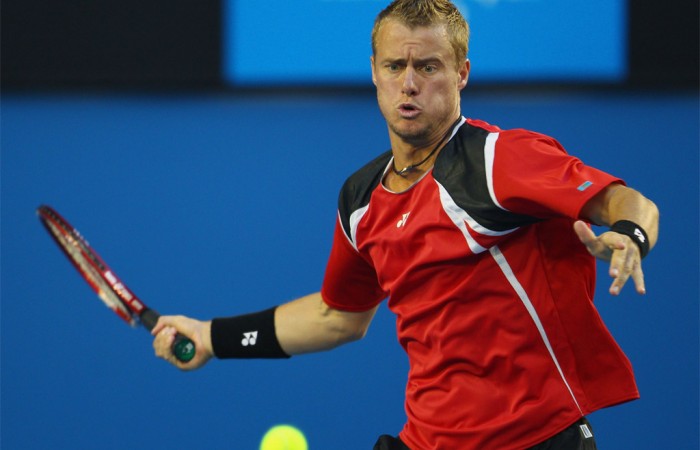 In a last-ditch bid to win the Australian Open, Lleyton Hewitt has radically altered his preparation for his home grand slam and will play the Kooyong Classic lead-up tournament for the first time.

But reigning Open champion Roger Federer will again be a no-show, electing to play once more in Doha, while there is only a slim possibility that world No.1 Rafael Nadal will accept an invitation.

However Hewitt, ranked 49th in the world, and five top-15 players for have already been confirmed for the eight-man shoot-out from January 12-15.

Hewitt is still recovering from a hand injury which forced him to pull out of the recent Davis Cup tie against Belgium in Cairns but, according to his manager David Drysdale, is making steady progress and will be a force when fully fit.

“His hand is still healing from the ligament strain and he will start hitting again in November,” Drysdale said.

“That fire is still alive. A lot of people have written him off but he’s got a couple of good years in him yet,” Drysdale said.

Kooyong Classic tournament director Colin Stubs said he had offered Hewitt a place in the tournament perhaps 10 times but the South Australian had always preferred to play elsewhere.

Stubs believes Hewitt now feels that a different preparation may give the former US Open and Wimbledon champion a better shot at his home major.

“Nothing else has worked in relation to the Australian Open to his ultimate satisfaction,” Stubs said.

“I’m being told he wants to vary his preparation for the Australian Open and I’m drawing a conclusion that that has to be the reason.

“He still thinks he’s capable of winning the Australian Open and he wants to try something different.

“He’s played Sydney and won it about four times, he’s played the Hopman Cup in Adelaide a couple of times and that hasn’t produced the result but there might well be other reasons he hasn’t won like a tough draw, the schedule. Lots of things can come to screw you up.

“But for a start, here he’s in the same city, he’s got a place somewhere here.

“He’s got a gym available here for him, the court here if he wants to practise in privacy away from the hustle and bustle at Melbourne Park.

“And he’s got at least three tough matches against quality opposition. This is a very even field this year, there are no bunnies in it.

“The lowest-ranked player here is Lleyton but you’d have to say that he’s dangerous against anybody on a given day,” Stubs said.

Stubs said he was confident of snaring Swede Robin Soderling but admitted Nadal was virtually out of reach.

“With Nadal, I’m not very confident but I’ve got to put the oar in because that’s what I do.

“Nadal, we know he’s got a history of not playing anything the week before a grand slam. He’s got knee problems, lots of good reasons for him not to play.”

Stubs said Federer had declined after winning the Australian Open last year with a preparation in the United Arab Emirates.