Cooper legacy to help young Aussies deliver on their potential 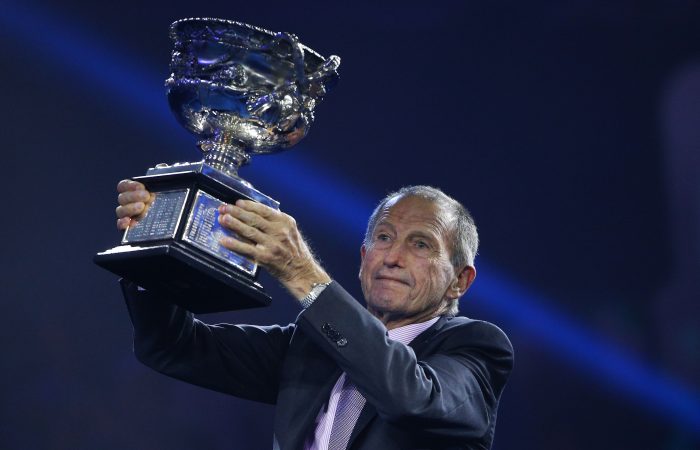 The next generation of elite Aussie tennis players are set to benefit from the legacy of Ashley Cooper AO thanks to a new scholarship established in his honour.

The Ashley Cooper Scholarship will be awarded to Australian players aged between 12-24 years who display the great attitude, values and prowess that Cooper was known for.

“Ashley was a legend of our sport whose contribution extended far beyond his exploits on the tennis court, it is only fitting that this scholarship is named in his honour,” Tennis Australia CEO Craig Tiley said.

“Highly respected and admired by his peers, Ashley epitomised the values of hard work, dedication, a willingness to help others and giving back to the sport he loved so much. These are the qualities that we will be looking for in the young athletes that we consider for the scholarship.

“We want to thank Ashley’s family and friends, especially his wife Helen, for their generous donations that have led to the creation of this scholarship,” Tiley continued.

It is hoped that through the scholarship, more eligible young Aussie athletes will be able to realise their full potential by easing some of the financial difficulties associated with touring.

Ashley Cooper played in the golden era of Australian men’s tennis during which he won eight Grand Slam titles including the Australian, Wimbledon and US singles titles in 1958.

He was a right-handed, serve-and-volley player who was especially effective against left-handed opponents.

In 1953 he was selected with Roy Emerson as the junior member of Australia’s overseas touring team overseen by Harry Hopman. During that tour he practised every day against Lew Hoad, Ken Rosewall, Rex Hartwig, Neale Fraser and Mervyn Rose, building a camaraderie among the players as well as great mutual respect.

It was with Fraser that he won three of his four Grand Slam doubles crowns. In 1957, he led the Davis Cup team, that included Mal Anderson and Rose, to victory against the United States in the Challenge Round at Kooyong.

His public profile rose even higher when he married Helen Wood, the reigning Miss Australia in 1959. Their wedding attracted more than three thousand spectators some of whom clambered onto their car trying to get a closer look at the golden couple.

In his role as President of Tennis Queensland he oversaw the creation of the world-class Queensland Tennis Centre, including the jewel in the crown, Pat Rafter Arena.

During his tenure, the old Milton courts were demolished and a new tennis centre built on the site of an abandoned power station.

Throughout his life, Cooper was honoured for the roles he played, including the Order of Australia, International and Australian Tennis Halls of Fame and Queensland Sports Hall of Fame. The Rod Laver Walking Bridge leads from Yerongpilly Rail Station to The Ashley Cooper River Walk, giving visitors access to the Queensland Tennis Centre.

Ashley Cooper passed away in May 2020 following a long illness. He was aged 83.