Competition heats up in Round 4 of Premier League 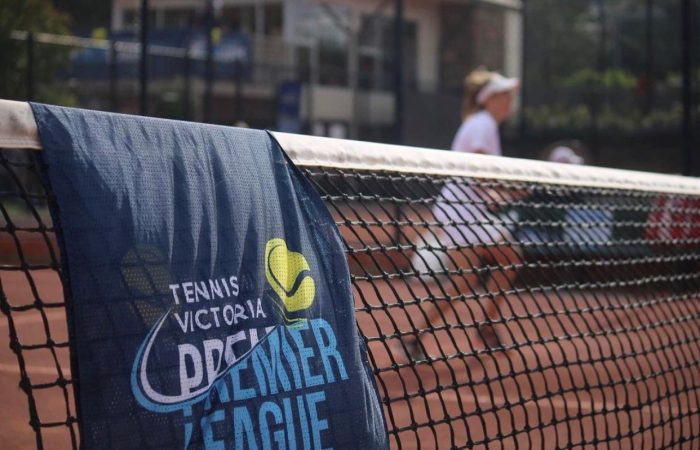 Crowds enjoyed an entertaining night of tennis at Kooyong Lawn Tennis Club on Friday for the fourth round of 2021 Premier League.

In the women’s side of the draw, Royal South Yarra and MCC Glen Iris Valley put on an exhibition claiming all three of their rubbers against Kooyong and Beaumaris.

In Round 4’s other matchup, MCC Glen Iris Valley’s Nives Baric and Beaumaris’ Elicia Kim played out the women’s match of the round with a 6-3, 3-6, 8-10 epic that went Baric’s way.

Zali Morris won her singles rubber convincingly as the team’s number one against Georgiana Rurig, while Jaimee Fourlis and Zoe Arthur were triumphant over Paris Baliga and Jennifer McDonald with a 6-2, 6-0 win.

Royal South Yarra’s Jason Kubler took his side to a 1-0 lead after defeating Omar Jasika in straight sets, while Kooyong’s doubles duo Andrew Whittington and Greg Jones levelled the score with a 7-6, 4-6, 10-4 win over Jarryd Maher and Cihan Akay.

Battling well into the night, Luke Saville claimed the decider in a 7-6, 4-6, 5-10 match for the ages against Jacob Grills.

In Round 4’s other matchups, Beaumaris’ James Hartson and Luke Sorensen produced dominant performances in their singles rubbers with straight-set victories over Themi Sitzoukis and Flynn Caruana, while Bundoora RMIT’s Will Ma and Brandon Bryant claimed the doubles 6-3, 6-3 against Jack Broadbent and Petar Jovic.

On the neighbouring court, MCC Glen Iris Valley’s Aaron Addison led his team with a straight set win over Glenburn’s Sam Dowler. In a classic, Stefan Vujic fought his way back from a set down to defeat Michael Turlejski 6-7, 6-1, 10-3 to claim MCC’s second rubber, while Glenburn’s Nicholas Jovanovski and Lewis Miles got one back with a 6-2, 6-4 victory over Luke Vuletic and James Leong in the doubles.

Royal South Yarra remain on top of the men’s division, while their women climbed to second after their dominant Round 4 display as we head into the final round at Royal South Yarra Lawn Tennis Club before Sunday’s grand final.