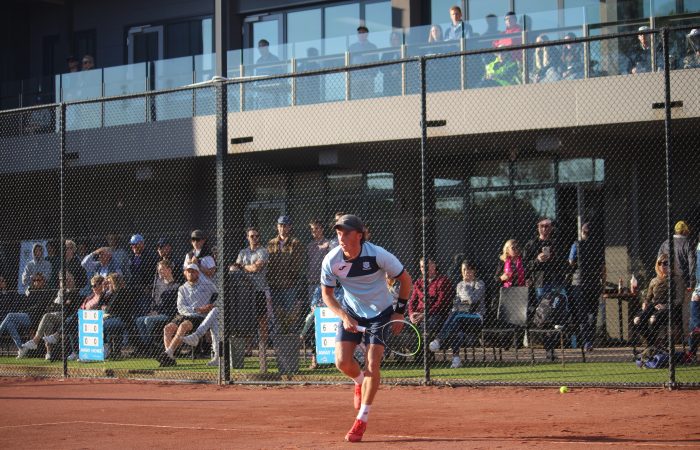 Beaumaris Lawn Tennis Club and the National Tennis Centre played host to rounds two and three of Premier League, as thrilling matches played out on each and every court!

A glorious day for tennis unfolded down by the beach on Saturday where the home crowd sat enraptured by home club hero Monika Biernat, whose showdown with Kooyong’s Zoe Llewellyn went deep into the third set. The cheers from the crowd were almost deafening as Biernat powered through to win 7-6, 2-6, 10-7, though it was Kooyong who came away with overall win.

Hume showed their prowess, defeating reigning champions Royal South Yarra 2-1. Erica Layton and Jemma Carbis produced the match of the round, their clash also going to three sets. Layton proved too good in the end, coming from a set down to win 3-6, 6-3, 15-13.

On Sunday, the men from Royal South Yarra kept up their winning streak winning all three rubbers for the second consecutive round. Luke Saville and John-Patrick Smith put on an exhibition against Bundoora RMIT, winning their match 6-0, 6-0. Despite a commanding 6-0, 6-0 win by MCC Glen Iris’ Alana Parnaby, the RSY women pulled off two incredible fightback victories to claim a 2-1 win.

The Kooyong men stay one step behind RSY in the 2021 competition, winning their match-up against MCC Glen Iris 2-1. The only resistance from MCC came from Aaron Addison, who won an epic 7-6, 7-5 battle against Omar Jasika. 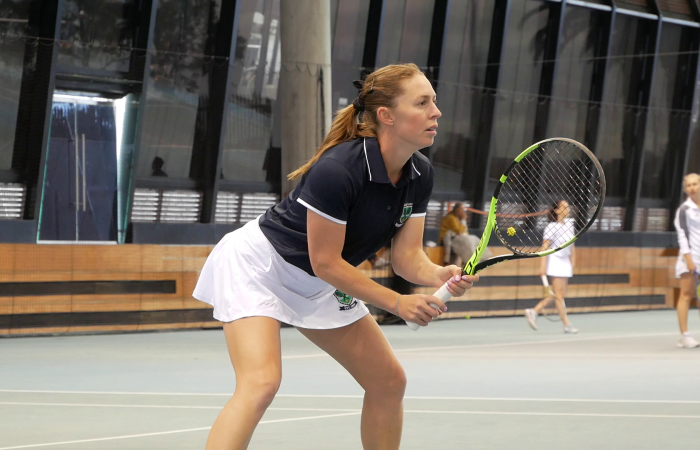 Hume cemented their spot as a force to be reckoned with after defeating Kooyong 2-1, with Jemma Carbis and Darcy Parke pulling off a hard-fought 6-2, 4-6, 10-4 win against Sally Peers and Sophie Vickers. Youngsters Leann Serna and Stefani Webb were also very impressive, defeating Zoe Llewelyn and Gabriella da Silva-Fick respectively.

Glenburn and Beaumaris pushed each other to the brink in their three rubbers, with Jarrod Savage and Trent Cobb narrowly edging out Beaumaris father and son duo Jarrod and Jack Broadbent 6-3, 6-7, 10-4. 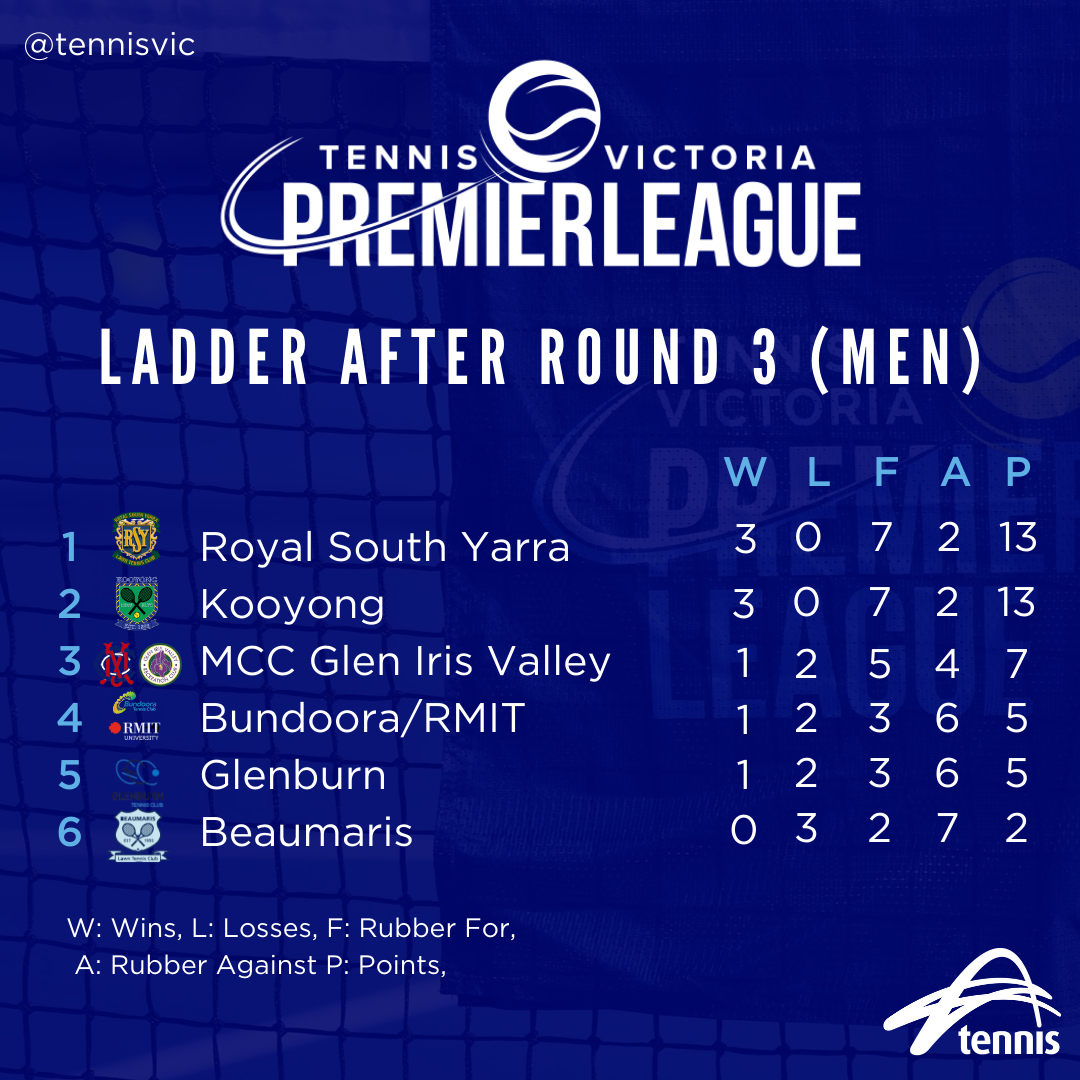 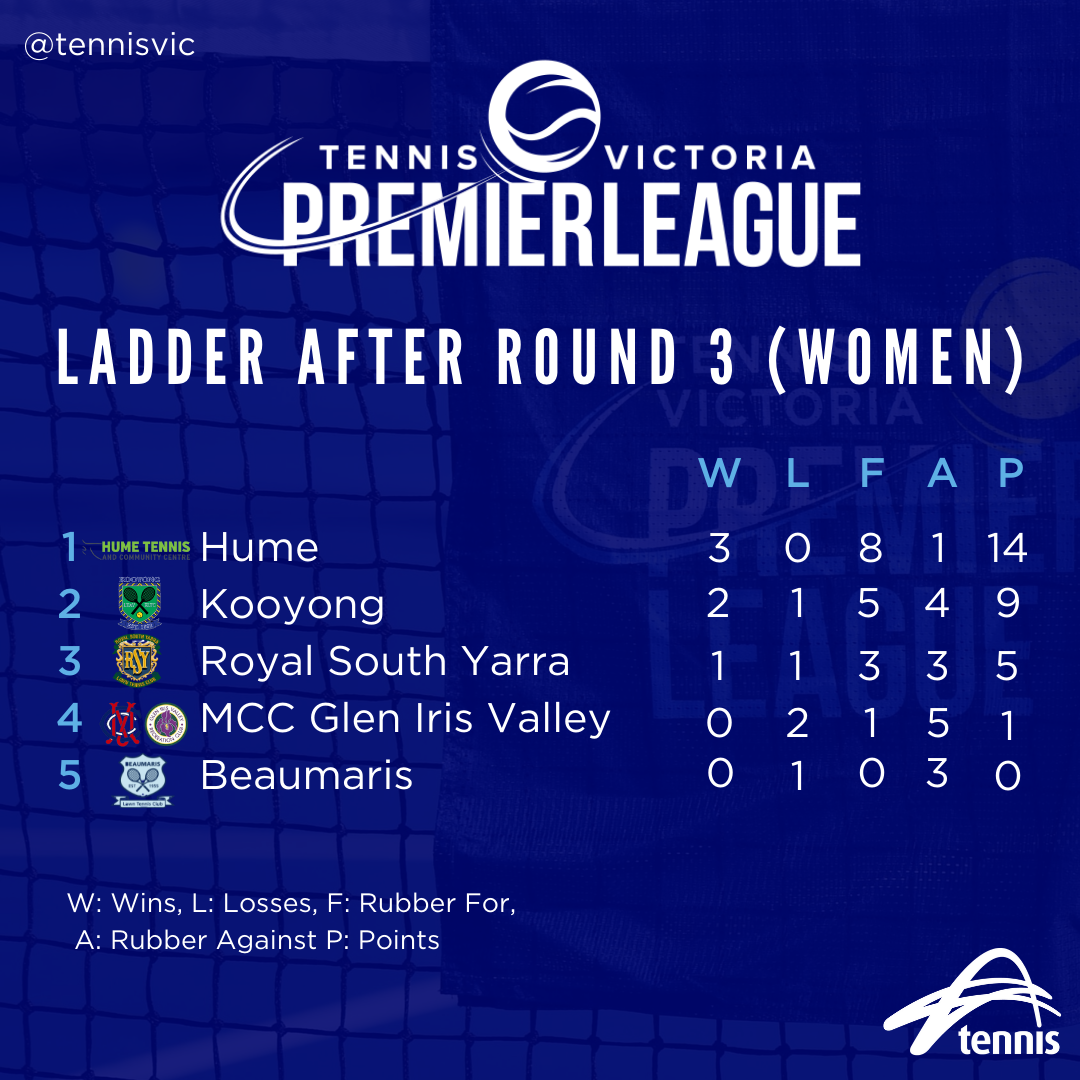 Keep up to date with results and ladders by visiting here