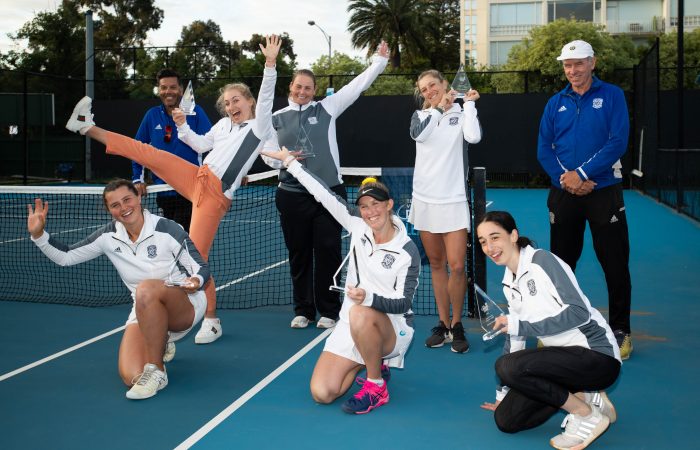 In a new, fresh format of Premier League which saw 3-days of intense, tournament-like Tennis for the players, it was Kooyong and Royal South Yarra who were 2020’s best, putting together quality Tennis from start to finish.

In the Men’s Division, after finishing second on the ladder, Kooyong defeated MCC Glen Iris Valley in the Semi Final on Sunday Morning and followed up by overcoming Royal South Yarra in the Grand Final at Albert Reserve.

Omar Jasika and Jacob Grills won their rubbers in straight sets and the highly fancied matchup between Marc Polmans and Harry Bourchier went to a first set tiebreaker, which Polmans won.

Bourchier then led 5-2 in the second set before information of the other rubbers put the result beyond doubt for Kooyong LTC, two rubbers to nil.

The Women’s Division Grand Final match between Beaumaris Lawn Tennis Club and Royal South Yarra Lawn Tennis Club was always going to be a close contest, after the Round 4 matchup was narrowly won two rubbers to one to Beaumaris.

Thank you to Tennis World for the hospitality throughout the event and congratulations to all teams who participated this year.