Sam Groth has continued something of a resurgence now that the tour has turned to grass, winning his opening round match at the ATP Mercedes Cup in Stuttgart. 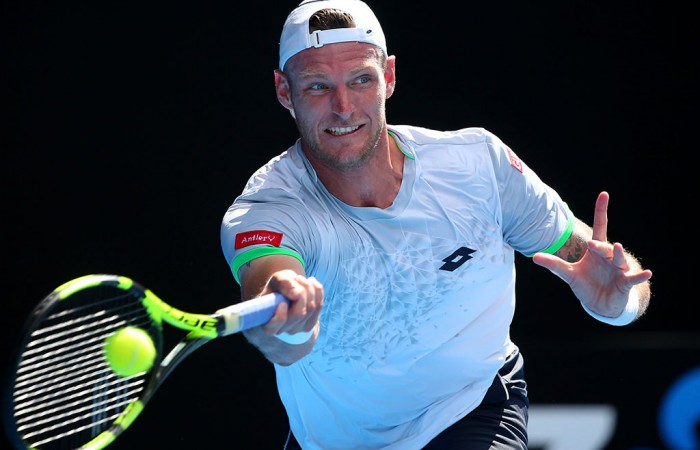 Sam Groth of Australia fired 15 aces to overcome Illya Marchenko of Ukraine 7-5 6-4 in the opening round of the Mercedes Cup in Stuttgart on Monday.

Marchenko beat Groth in their only previous match in February on a Memphis hard court, but with Stuttgart switching its courts from clay to grass, Groth got the upper hand.

He will next face No.3 seed Dominic Thiem.

Groth is starting to find some form now that the tour has turned to grass.

The Australian went 4-16 through Roland Garros, and has slipped outside the top 100 after beginning the season at No.60.

But he reached the quarterfinals at last week’s Challenger event in Manchester and this week in Stuttgart scored his first tour-level win since Miami in March.

Roger Federer is the top seed in the Wimbledon tune-up, and has a bye into the second round. Federer is coming back from a back injury that forced him to skip the French Open.