Sam Groth will fly the flag as the sole Australian in action at Flushing Meadows on Day 3 of the US Open. 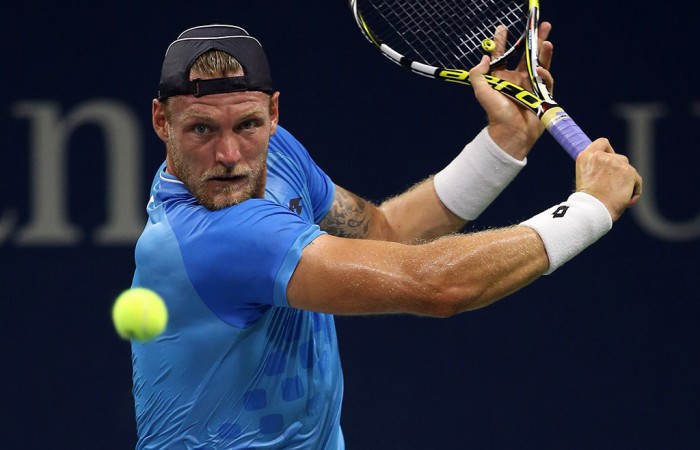 Sam Groth will fly the flag as the sole Australian in action at Flushing Meadows on Day 3 of the US Open.

“I actually played (Robredo) in Shenzhen last year. I actually played quite well for a set and a bit. I was up a set. Had a bunch of break points in the second and couldn’t convert,” Groth said.

“Tommy’s one of the most professional guys on tour, he’s been around a long time and he’s a great competitor. I’ll speak to (coach) Ben (Mathias), I’ll come up with a game plan.

“He’s played a lot of matches in this tournament and had a lot of great wins, so I’m going to have to play well to beat him.”

Groth is one of four Aussies through to the US Open second round.

The others – Lleyton Hewitt, Bernard Tomic and Sam Stosur – will play their second round matches on Thursday.