Tomic wins through at Australian Open

Bernard Tomic has powered through a flat spot to move into the second round of the Australian Open in Melbourne. 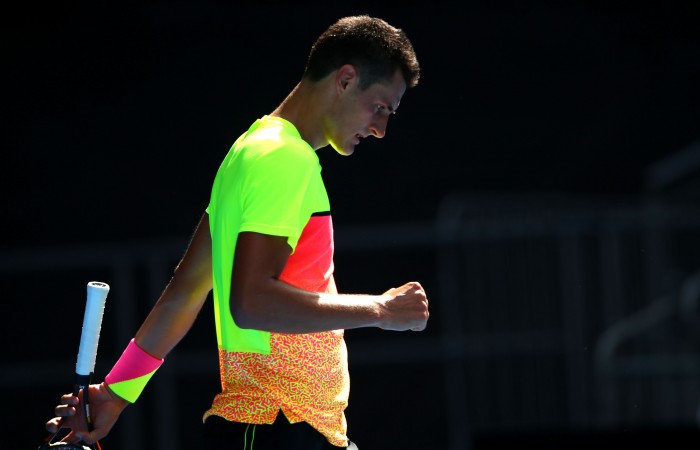 Bernard Tomic has powered through a flat spot to move into the second round of the Australian Open in Melbourne.

Returning to Rod Laver Arena for the first time since retiring mid-match against Rafael Nadal in the first round last year, Tomic won back the fans with a workmanlike win.

“It was a very emotional win for me after last year,” Tomic said.

The 22-year-old’s reward is a return clash on Wednesday with 22nd seed Philipp Kohlschreiber, the German he took care of in straight sets en route to the quarter-finals of last week’s Sydney International.

Tomic was in trouble early as Kamke made a lightning start, breaking the Australian’s opening service game to race to a 3-0 lead.

Tomic struggled to make inroads on Kamke’s serve until the German made four unforced errors while trying to close out the first set at 5-3.

The reprieve was invitation enough for Tomic to snatch the first set by peeling off five straight games.

He suffered a second-set lapse, though, again falling behind 4-1 before fighting back only to gift Kamke the tiebreaker.

But after crunching down 24 aces, including a bullet on match point, Tomic advanced after two hours and 49 minutes.