Bernard Tomic believes it is better to face the high seeds early in the draw as he prepares to repeat last year's run to the second week at Wimbledon. 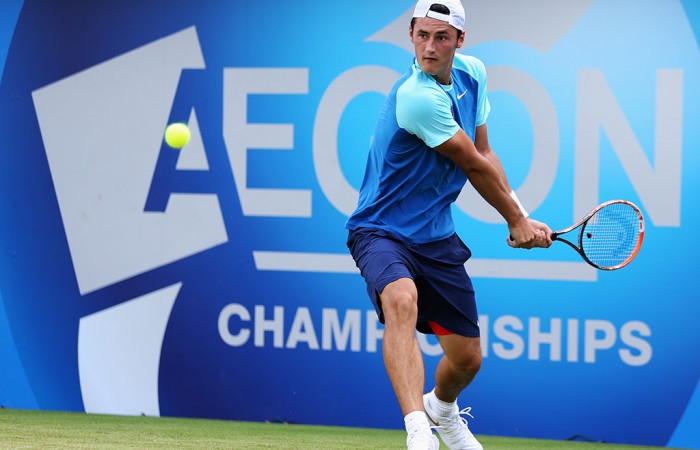 Bernard Tomic believes it is better to face the high seeds early in the draw as he prepares to repeat last year’s run to the second week at Wimbledon.

Tomic, who opens his campaign at the All England Club against world No.100 Evgeny Donskoy of Russia, faces a potential second round showdown against sixth seed Tomas Berdych.

The big-hitting Czech eliminated Tomic in the fourth round in 2013.

But the young Australian said he was feeling good on the grass after winning a round at both Queen’s and Eastbourne, and relished the prospect of a match with Berdych should he pass his first round test.

“It’s better to play these sorts of players in the early round than to play them later, once they’re getting the feel of the courts as well,” he said.

“I’m feeling pretty good. The first match is going to be very important for me to win and break through and then who knows after?”

An early round loss could see the 82nd-ranked Tomic drop outside the top 100.

But the lawns are a comfortable fit for the Queenslander – he also progressed to the quarterfinals at Wimbledon in 2011 – and he feels confident that another deep run at the All England Club is within reach.

“It’s a different feeling here to any tournament,” he said.

“I always play well here, so I’m happy to be back.”