Australian 19-year-old Storm Sanders is part of the Fed Cup team for the second time this weekend. She took time out to answer some questions for tennis.com.au. 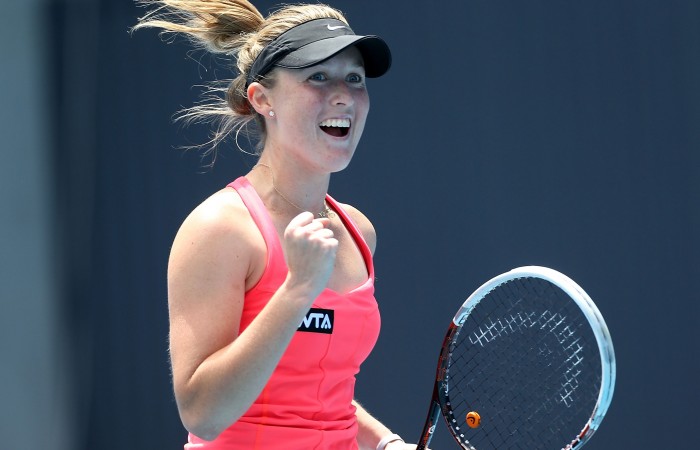 What is your earliest memory of Fed Cup?
Probably when Ash actually got selected to play Fed Cup. I was actually living with her at the time so it was obviously a major milestone for her, an amazing achievement, I was so proud of her. I watched her play so that was kind of the biggest memory for me and that kind of made me really want to be on the Fed Cup team.

Who has won the most doubles matches for Australia? Wendy Turnbull, Rennae Stubbs or Casey Dellacqua? (Wendy Turnbull 29-8)
I feel like I should say Case, but I’m going to say Stubbsy.

If you could choose one Australian player from history playing at their prime to substitute if one of the girls was injured this weekend who would it be?
Probably Margaret Court.

Who’s the funniest on your team and who cracks the worst jokes?
I know that Casey said herself. I think she thinks she’s pretty funny. Ash can come up with some witty things. We’ll go Casey. The worst jokes? Ash (Barty), yeah. She tries really hard.

You’ve lived with Ash. What’s her most annoying habit?
She comes up and just tackles everyone. I hate that actually. I’m like ‘go away’.