Tomic begins with a win in Sydney

Often accused of being a defensive player, attack looks to be the buzzword in more ways than one for Bernard Tomic in 2014. 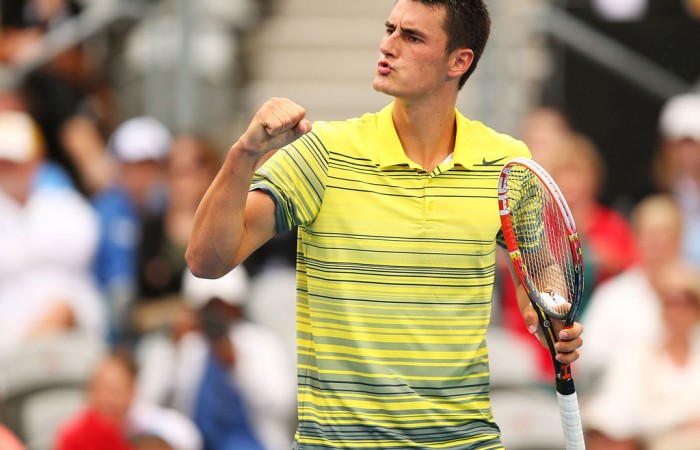 Often accused of being a defensive player, attack looks to be the buzzword in more ways than one for Bernard Tomic in 2014.

With his use of angle, touch and flat shots, critics occasionally bemoan Tomic’s lack of a killer punch. But after losing the first game on Tuesday, he ruthlessly went on to win 12 of the next 14 to set up a second-round meeting with qualifier Blaz Kavcic.

And it seems attack won’t just be limited to general play.

Tomic has promised to go out and take tournaments by the throat rather than just defend them or ranking points.

“This is my first tournament for the year, I won it last year,” Tomic said.

“I’m not looking at it to defend it. I’m looking at obviously winning another title.

“If I start looking at defending the title, I’ll get nervous and I’m probably not going to defend it more than likely.”

It was a solid afternoon for Australia as Marinko Matosevic also took full advantage of his wildcard into the tournament, moving into the second round with a three-set win over Florian Mayer.