Tomic bows out to Berdych

Bernard Tomic's Wimbledon campaign ended in a four-set loss to Czech seventh seed Tomas Berdych in the fourth round on Monday. 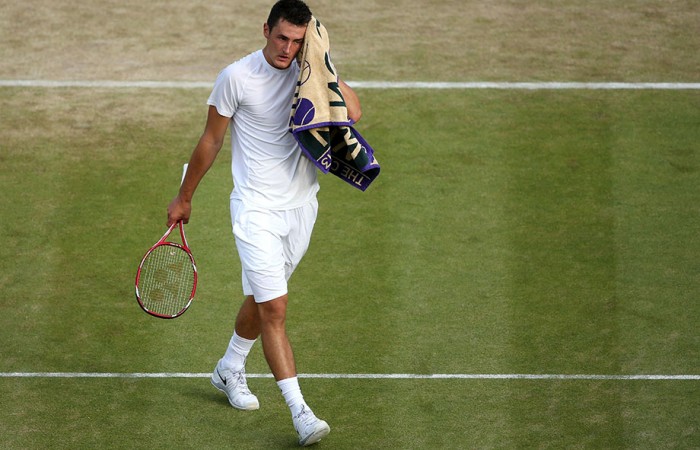 Bernard Tomic’s Wimbledon campaign ended in a four-set loss to Czech seventh seed Tomas Berdych in the fourth round on Monday.

The defeat ends Australia’s involvement in singles at the grass-court Grand Slam.

World No.59 Tomic was bidding for his second quarterfinal appearance at the All England Club, having upset ninth-seeded Frenchman Richard Gasquet to reach the last 16.

He was again impressive but simply found the big-hitting world No.6 too tough to break down in a match that was decided on a handful of key moments.

The 20-year-old will still take plenty of encouragement from his run at the tournament, Bernard had showed great composure in his run into the second week and it was the same case early against Berdych.

He had to dig himself out of several holes on serve but produced good tennis under pressure.

The Australian earned a set point on Berdych’s serve but couldn’t convert and the Czech prevailed in the tiebreaker.

The second set was similarly tight before Tomic pulled ahead 6-3 in another tiebreaker with a series of superb passing shots.

He squandered two set points but clinched the set when Berdych hit a forehand long.

Berdych secured the first break of the game early in the third set but a sloppy service game allowed Tomic to hit straight back to level at 2-2.

The Czech broke again though to go 4-3 up but this time Tomic didn’t have an answer as he again went a set behind.

The Australian looked to tire slightly in the final set and an early break allowed Berdych to get in front and he served strongly on his way to victory.

“It feel great (to win), especially after a match like this,” Berdych said.

“Bernard is a great player and he’s using all the skill you can possibly use on grass.

“That’s why it’s so tough to play him and that makes me feel even better to be here as the winner.”