Not wanting to jeopardise his singles campaign, Bernard Tomic has retired from his doubles match with Viktor Troicki due to hamstring soreness. 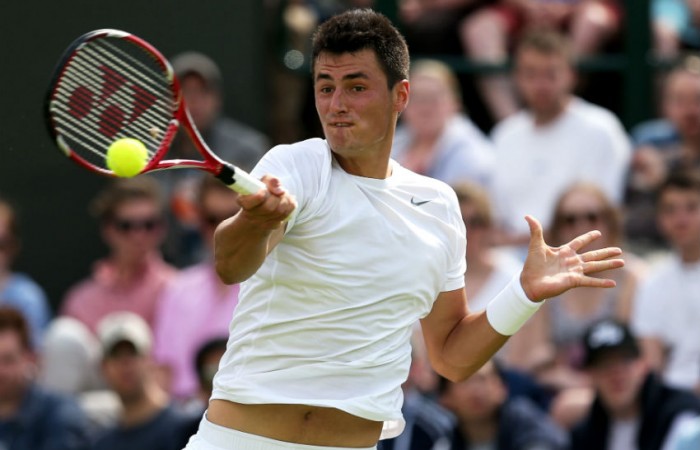 Bernard Tomic retired hurt during a doubles match a day out from his second-round singles clash with American veteran James Blake at Wimbledon on Thursday.

The Australian has battled a troublesome hamstring in recent weeks and it’s understood the move was precautionary with the world No.59 not wanting to jeopardise his singles campaign.

It came on a dramatic day at the tournament, when Victoria Azarenka and Jo Wilfried Tsonga were among seven other players to retire hurt due to injury.

Tomic came into the tournament with a pre-existing injury, suffered during the first round of the French Open last month.

He also pulled out of a scheduled doubles match alongside Lleyton Hewitt at Queen’s Club but did not appear troubled by the problem at Eastbourne last week, or in a tough five-set win over American 21st seed Sam Querrey at Wimbledon on Tuesday.