Sam Stosur has kicked off her Indian Wells campaign in style, brushing aside local wildcard Irina Falconi in straight sets to move into the third round. 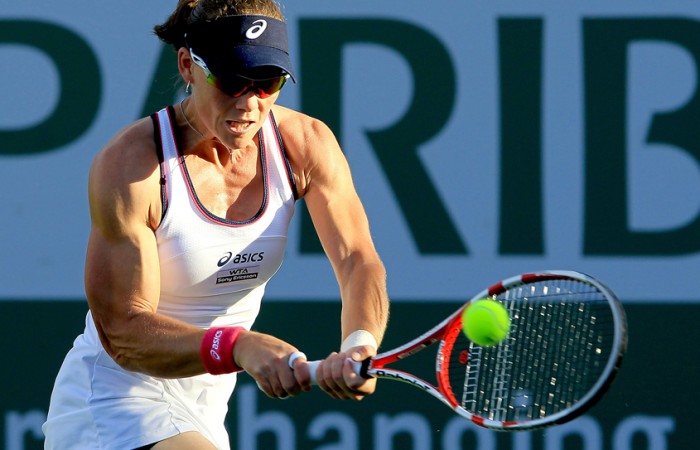 No.6 seed Sam Stosur had little trouble in her opening match at the BNP Paribas Open at Indian Wells, routing American Irina Falconi to progress to the third round at the combined ATP/WTA event.

Having enjoyed a bye into the second round, Stosur reeled off the first nine games of the match. Despite Falconi making it a more competitive affair in the second set, the Aussie went on to record a 6-0 6-3 win in a mere 49 minutes.

The win sets up a third round match against No.30 seed Nadia Petrova, with the Russian coming through in straight sets over Lauren Davis, another wildcard from the United States.

In their last meeting, Stosur defeated Petrova in an epic third round match at the US Open – the longest women’s match in the tournament’s Open Era history – on her way to capturing the title in New York.

“If every day was like that it would be nice,” the Aussie No.1 said after her match against Falconi.

“You win the first nine games of a match you’re always feeling pretty comfortable. She made a few good first serves in that game … and that got the loudest roar of the match when she won that (first) game. That probably loosened her up a little – she had a smile on her face and a bit of a laugh and was trying to enjoy it.

“She’s a good competitor – I saw her win a second round match at the US Open and saw how excited she was with that – it was a big win so I knew I had to keep fighting but I obviously played quite well today.”

Play well is what Stosur did, and nowhere was she better than on serve – she smacked four aces and won an impressive 83 per cent of points behind her first serve.

A semifinalist at Indian Wells in 2010, Stosur commented that she was enjoying the conditions this year in the Californian desert.

“It does seem extraordinarily dry her at the moment – everyone has broken lips and dry skin. The balls are quick through the air but really slow down when they bounce off the courts which are the kind of conditions that I like.”