Rod Laver couldn't pick a winner if Roger Federer and Rafael Nadal both had to use a wooden racquet like the one he played with to take out the grand slam in 1962. 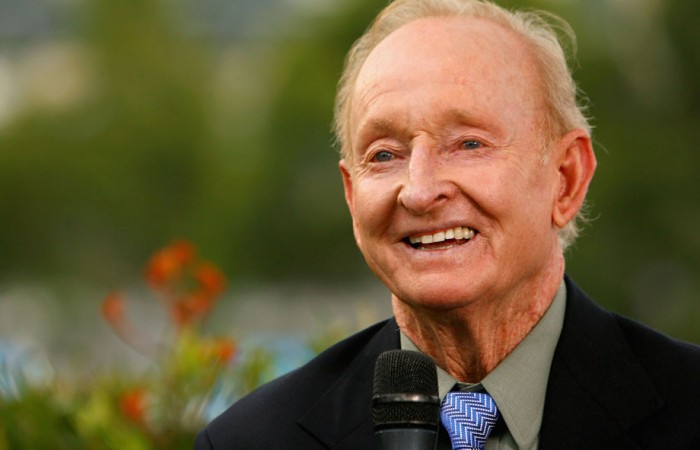 Rod Laver couldn’t pick a winner if Roger Federer and Rafael Nadal both had to use a wooden racquet like the one he played with to take out the grand slam in 1962.

But he suspects Nadal may struggle more using such archaic equipment.

“Only because he puts that heavy spin,” Laver said on Wednesday as he celebrated the 50th anniversary of the first of his two extraordinary calendar-year grand slam sweeps.

“Of course, you’ve only got a racquet that is six inches wide or seven inches wide. You’re not going to get the whip that he plays.

“But I think given Nadal learning the game with the wooden racquet, he’d have his own style.

“Roger has I think more anticipation and [times] the ball better.

“That’s the difference with those two, is that Roger has maybe more anticipation and smooth stroking.”

A muscular left-hander like Nadal, Laver says the game has changed so much since his time that he couldn’t possibly have played like the Spaniard.

“We played on grass, most of our tennis, except for Europe,” said the 11-time major winner.

“Sydney, Brisbane, Adelaide, Melbourne, it was all on a grass courts.

“It was a totally [different] sort of world how we played.

“It was a serve-and-volley game back in those years because not too many of the grass courts you would say were up to par with Wimbledon.

“You let the ball bounce and it may not bounce. That’s where the serve-and-volley routine came into play.”

“Good fortunes have to be riding high on your shoulder,” the 73-year-old said.

“Not only do you have to play your best tennis at four different times, but you have to have no sicknesses, illnesses, injuries that come along.

“That’s the one thing that I was fortunate, that nothing happened from that side.”