Stosur out of Brisbane

US Open champion Sam Stosur failed to get beyond the second round of the Brisbane International today. 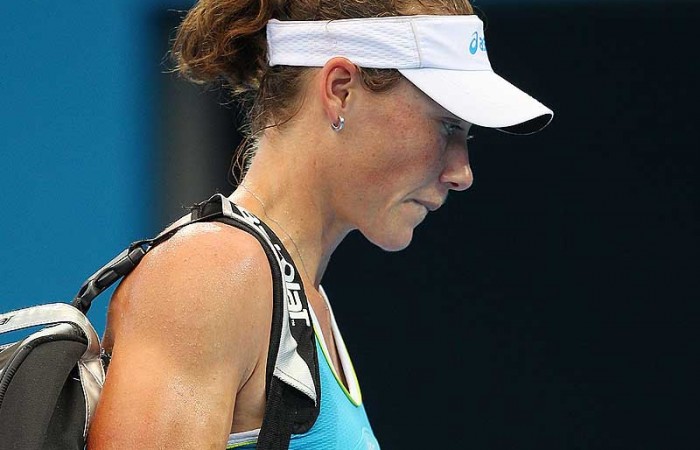 US Open champion Sam Stosur failed to get beyond the second round of the Brisbane International today.

Czech Iveta Benesova cut Stosur down to size with a 6-4 6-2 win in just 70 minutes on Pat Rafter Arena on Wednesday.

In all three attempts at the Brisbane International, Stosur has never advanced past the second round and from the outset it was obvious the world No.6 would struggle again.

In the opening game of the match, Stosur lost the first three points before rallying to win the service game.

But she was far from convincing and in many ways her form resembled the way she played 12 months ago when she was also the top seed and a second-round casualty to compatriot Jarmila Gajdosova.

Benesova, ranked 54th in the world, had lost all four previous matches against Stosur and in fact had never won a set.

She broke serve in the seventh game of the first set, then again in first and seventh games of the second set.

Stosur, playing her first tournament on home soil since winning the US Open last September, never got into full rhythm and had 20 unforced errors to Benesova’s 12.

It was the second upset for the day with seventh seed Anastasia Pavlyuchenkova losing to Estonia’s Kaia Kanepi 6-0 6-3.