Bernard Tomic has drawn a potential third-round clash against five-time champion Roger Federer at this year's US Open. 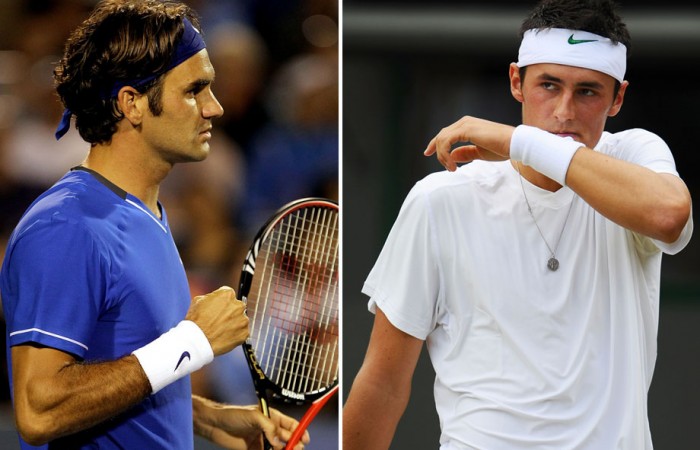 Bernard Tomic has drawn a potential third-round clash against five-time champion Roger Federer at this year’s US Open.

The Australian teenager is due to make his first senior appearance at Flushing Meadows against a qualifier next week.

However the Wimbledon quarterfinalist faces the prospect of much stiffer opposition in the second round.

If he advances, Tomic must defeat the winner of 2009 quarterfinalist Marin Cilic and American young gun Ryan Harrison for a shot at the Swiss maestro.

Tomic has arrived at the final Grand Slam of the year short on matches, having only notched up one win during the US hardcourt season.

The Queenslander planned on working on his condition this week but the weather in New York was threatening to cause havoc with players’ preparations.

Players had to deal with soggy conditions on Thursday with Hurricane Irene threatening to lash the city over the weekend.

Australia’s world No.10 Samantha Stosur will open her campaign against world No.56 Sofia Arvidsson of Sweden.

Stosur, a French Open finalist and US Open quarterfinalist, has been in good form during the US hardcourt season and twice defeated reigning French Open champion Li Na.

However the Australian’s shock exits at the hands of Gisela Dulko and Melinda Czink respectively at Roland Garros and Wimbledon this year have tempered expectations.

Australia’s 29th seed Jarmila Gajdosova meets world No.50 Iveta Benesova of the Czech Republic in the opening round with a third-round showdown with world No.1 Caroline Wozniacki in the offing for the second straight grand slam.

Kudryavtseva has not reached the second round of the US Open in four attempts.

World No.73 Jelena Dokic takes on world No.102 Olga Govortsova in the opening round.