Bernard Tomic has stunned fifth seed Robin Soderling at Wimbledon, the youngest player in the field defeating the Swede in straight sets in their third round encounter. 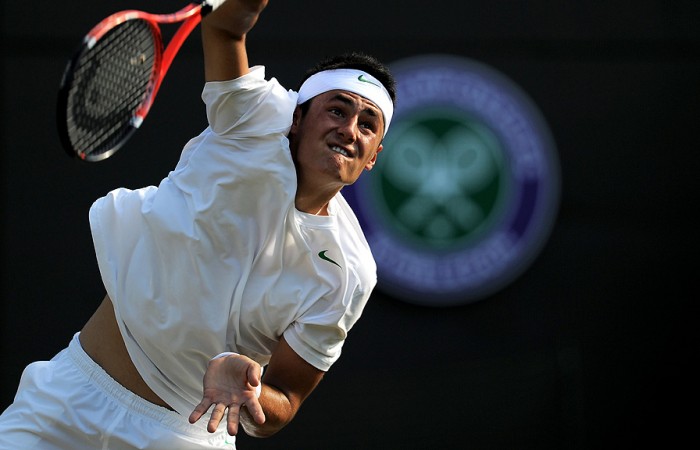 Bernard Tomic has stunned fifth seed Robin Soderling at Wimbledon, the youngest player in the field defeating the Swede in straight sets in their third round encounter.

The victory, which carries Tomic into the round of 16 for the first time in his career, is also likely to result in the current world No.158 cracking into the top 100 rankings.

Soderling was suffering from a stomach complaint and Tomic’s form only made the situation worse for the two-time French Open finalist.

The Queenslander said he couldn’t believe that he had reached the second week at the All England Club.

Tomic will play Xavier Malisse in the round of 16 on Monday.

“I’ll always remember this is the first time I’ve really done well at a grand slam,” he said.

“I think the way I’ve been playing is really good.

Soderling met an Australian for the second straight match at Wimbledon following his five-set second round win over Lleyton Hewitt.

Hewitt’s coach Tony Roche started providing the Tomic camp with tips on Soderling’s game only minutes after the youngster booked the third round match on Friday.

Jarmila Gajdosova’s 6-3 6-2 loss to world No.1 Caroline Wozniacki on centre court earlier in the day made Tomic the last Australian standing in singles.

Tomic stunned Soderling and the court 1 crowd by claiming the first set in just 17 minutes.

The big Swede screamed in frustration after slipping to 4-0 down with less than 10 minutes on the board and his mood didn’t improve when Tomic produced a brilliant a lob volley serving for the set.

Tomic mixed up his pace and used his slice to keep the ball low and out of the powerful Scandinavian’s hitting zone.

He made Soderling look like a park player in the opening set and enjoyed a two-set lead not that long after the hour mark.

Soderling improved as the match wore on but Tomic kept on frustrating him and broke the Swede’s serve again for a 6-5 lead in the final set.

Serving for the match, he started to get a little tense but pulled himself over the line and celebrated the victory by raising both fists in the air and enjoying a standing ovation.