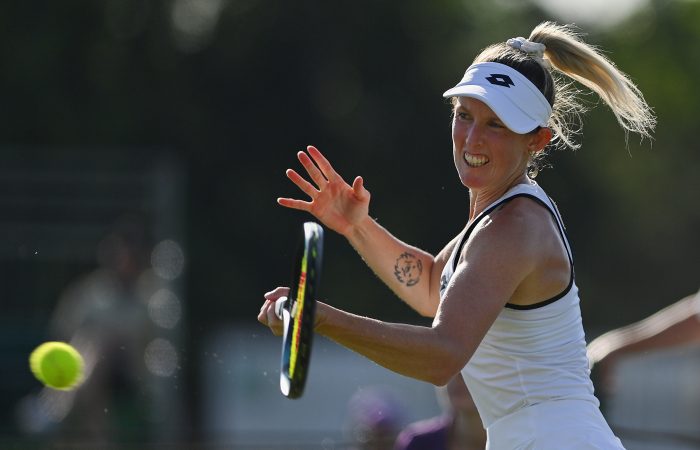 [10] Astra Sharma (AUS) v Irene Burillo Escorihuela (ESP)
Ladies’ qualifying singles, second round, Court 6, third match
Sharma is looking to extend her streak of 13 consecutive Grand Slam main draw appearances. To do so, the world No.136 needs to qualify at Wimbledon. The athletic 26-year-old, who is contesting only her ninth professional event on grass, made a promising start to her campaign. She now faces 24-year-old Spaniard and world No.315 Burillo Escorihuela.
Head-to-head record: First career meeting

[5] Maddison Inglis (AUS) v Mandy Minella (LUX)
Ladies’ qualifying singles, second round, Court 5, fourth match
World No.129 Inglis has matched her career-best result at Wimbledon, advancing to the second round in qualifying for the second year in a row. The 24-year-old from Perth now faces Minella, a mother of two currently ranked No.260 and contesting the final tournament of her career. The 36-year-old from Luxembourg has been ranked as high as world No.66.
Head-to-head record: First career meeting

Storm Sanders (AUS) v [3] Mirjam Bjorklund (SWE)
Ladies’ qualifying singles, second round, Court 11, fourth match
Sanders, who is ranked No.222 in singles and No.12 in doubles, is aiming to progress to the final qualifying round at Wimbledon for the second year in a row. However, standing in the 27-year-old Australian’s way is world No.123 Bjorklund. The third-seeded Swede, who is the partner of world No.16 Denis Shapovalov, is enjoying a career-best season.
Head-to-head record: First career meeting