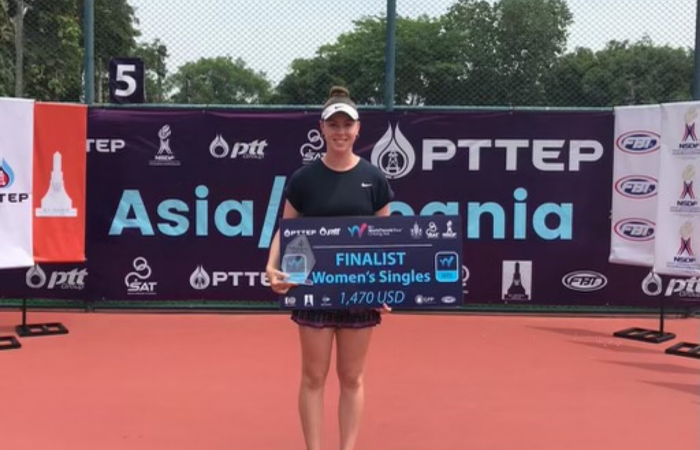 Talia’s talent and determination was in full force during qualifying and main draw matches, hitting her way to the final against Thailand’s Luksika Kumkhum, ultimately defeated 6-0, 6-1. Despite Thailand’s challenging heat and humidity and competing against players more than 10 years her senior, Talia won all three qualifying matches, making her way to the main draw where she only dropped one set during the four matches leading up to the final.

Talia brought home the Doubles title as she and fellow Australian teenager Catherine Aulia defeated Chinese duo YeXin Ma and Fang Ying Xun 6-3, 7-6(5) after coasting through all matches without dropping a set. 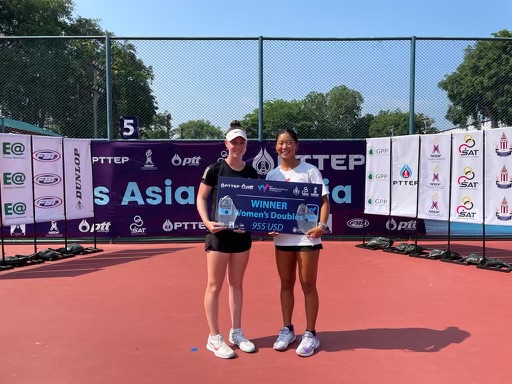 Talia will then travel back to Perth before heading to Brisbane for a three-week training block and then travelling on to California to compete in several tournaments. With an extraordinary work ethic and remarkable maturity, Talia is also studying a Bachelor of Sports Science and Exercise at the University of Western Australia alongside her demanding training and competition schedule.

Talia’s recent results have seen her rise to a career-high WTA Singles ranking of world No. 727 and make a name for herself in the international women’s circuit.

Ranked as the No. 1 player in Australia for the 2004 birth year, Talia continues to add to her trophy cabinet and ever-growing list of impressive accolades.