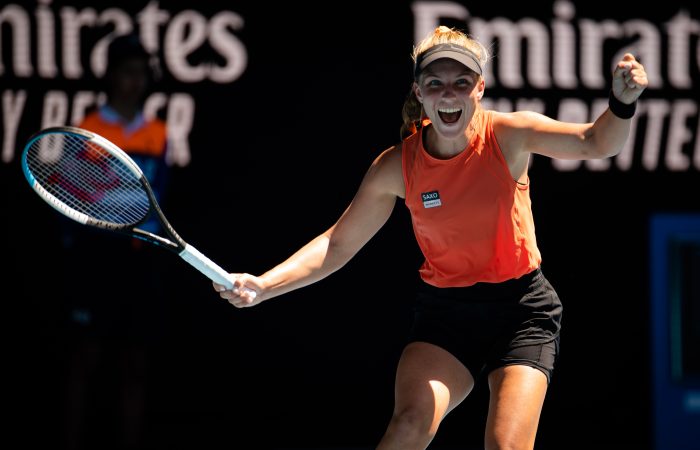 There was a lot to be proud of for West Australian Maddison Inglis as she graciously walked off court, to the backdrop of a standing ovation, after a tough loss in the third round of the Australian Open—a career best performance for the ever-smiling Inglis.

A final 16 appearance at Australian Open 2022 wasn’t to be for the 24-year-old but she can leave her home Grand Slam with her head held high. Competing in the third round of a major for the first time, Inglis challenged the experienced Kaia Kanepi before the Estonian claimed a 2-6, 6-2, 6-0 win.

Inglis made waves in her AO 2022 campaign, competing with sharp focus and remarkable composure and creating memorable moments for the passionate crowd.

After starting her campaign without a single win in a Grand Slam main draw, Inglis now has two of them.

Inglis, who stunned 2021 US Open finalist Leylah Fernandez with a straight-sets win in her opening match, also overcame Hailey Baptiste in a fierce second-round battle in two hours and seven minutes.

For Inglis, there were many positives to take from a breakthrough and empowering week.

“I just feel like I’ve taken a bit of belief out of it that I can play at this level and I belong here,” she said, recognising that sustaining a higher level for longer periods is a logical step in her career.

“I’m going to take a lot of confidence into this year which is exciting.”

“I felt really comfortable out there at this level, and I have to push myself to do it more and more.”

Inglis will try and strike the balance this season between high level exposure and regular matches to help her build confidence and form. 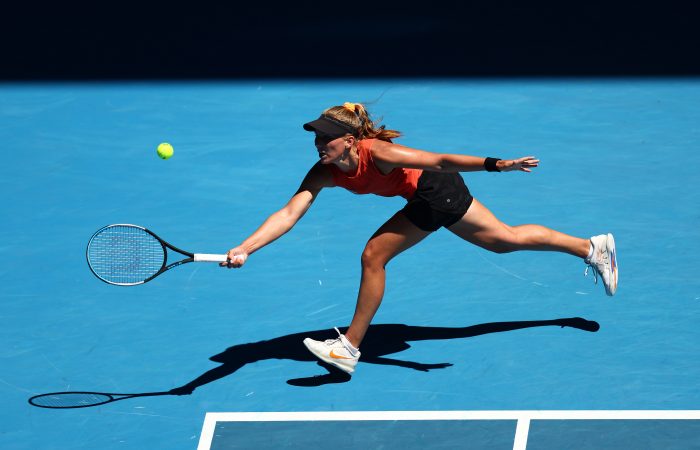 MELBOURNE, AUSTRALIA – JANUARY 20: Maddison Inglis plays a forehand in her second round singles match against Hailey Baptiste during day four of the 2022 Australian Open at Melbourne Park. (Photo by Clive Brunskill/Getty Images)