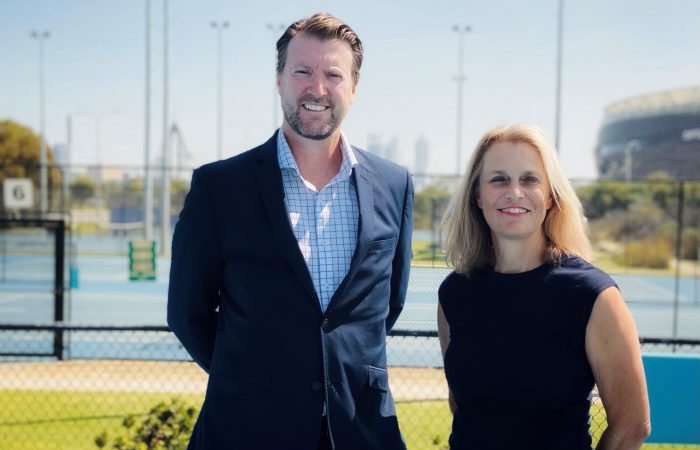 On behalf of the Board, Tennis West is pleased to announce the appointment of Brett Patten as the organisation’s new Chief Executive Officer (CEO) and General Manager, ATP Cup (Perth).

Serving on the Tennis West Board since 2018, Patten will step down from his two-year tenure as the Boards Vice President, ahead of his commencement as the Tennis West CEO on Monday 12 April.

As a graduate of Edith Cowan University, Patten holds both a Graduate Diploma of Business and a Masters of Business Administration. Holding leadership roles across a number of organisations, Patten’s most recent role as the State Manager WA/SA of ASX listed 5G Networks Ltd. further supports his notable business acumen including strategic planning, policy development, partner alliance, business development and business operation.

‘The Board are thrilled to appoint Brett Patten as the new CEO of Tennis West,’ Tennis West President Jan Truscott said.

‘Having spent the last three years serving on the Board firstly as a Director and then as Vice-President, Brett has a clear understanding of the Board’s forward focussed strategy, priorities and future direction,’

‘As a long-time supporter and advocate of tennis in WA, I am heavily invested in the delivery and growth of tennis across the state,’ newly appointed Tennis West CEO Brett Patten said.

‘My appointment as the new CEO of the state governing body of tennis in Western Australia comes with great pride,’

‘‘I have a personal connection to the sport’s dynamic and far-reaching impact on the wider community. Teamed with my experience in business leadership, I look forward to working alongside key stakeholders and all levels of government in continuing to grow the sport of tennis in WA,’

‘Understanding that sport is a key driver to improving the social capital, economic growth and health and well-being of all West Australians, I look forward to driving the continued growth of thriving tennis communities across both metropolitan and regional WA,’

‘Grassroots impact aside, I look forward to supporting the Board’s priority in working with key stakeholders with regard to the redevelopment of Western Australia’s premier tennis venue, the State Tennis Centre,’

Developing a passion for tennis from his days as a junior player from regional WA, Patten has played representative tennis for WA at both junior and open events including the Tennis Senior ITF World and Oceania Championships.