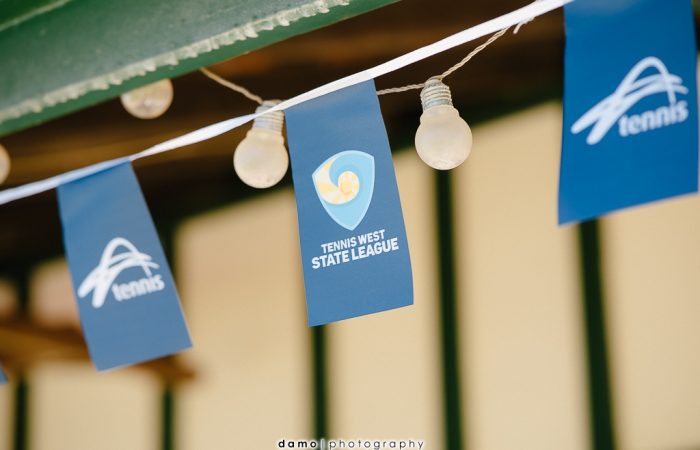 In what was a nail bitting finish in the men’s competition, Hensman Park TC overcame host club and home and away season top finishers, Dalkeith TC. With both teams on equal rubbers (3) and sets (6), the title was eventually decided on games with Hensman Park TC claiming the championship title 54 games to Dalkeith TC’s 51.

Tennis West Manager of Competitions and Tournaments, Loretta Hughes, says it was an exciting weekend of tennis for the state’s top placed junior and senior players.

‘Congratulations to Hensman Park Tennis Club. To claim both the men’s and women’s titles in the same season is a wonderful achievement,’

‘Congratulations also to both Dalkeith and Peppermint Grove Tennis Clubs who both finished the season as minor premiers and who succeeded in doing a fantastic job of hosting the respective men’s and women’s finals,’

‘State League sits as the pinnacle of all Tennis West League competitions and the standard of play across the season in both the men’s and women’s finals was incredibly high,’

‘Furthermore it was wonderful to see the Casey Dellacqua Cup and Junior Boy’s State League competitions played alongside the women’s and men’s events. Bringing together the League’s top placed junior and senior players truly showcased the high quality of players we have here in WA,’ Hughes said.

The finals weekend wraps up the Tennis West State League 14-week home and away summer season, with the competition just one of 31 Tennis West League competitions offering competitive playing opportunities for more than 8,000 players seven days a week.

The Tennis West Leagues winter season will commence at the beginning of May. To find out more speak to your club or head to: https://www.tennis.com.au/wa/players/competitions/wa-tennis-league/league-information-2