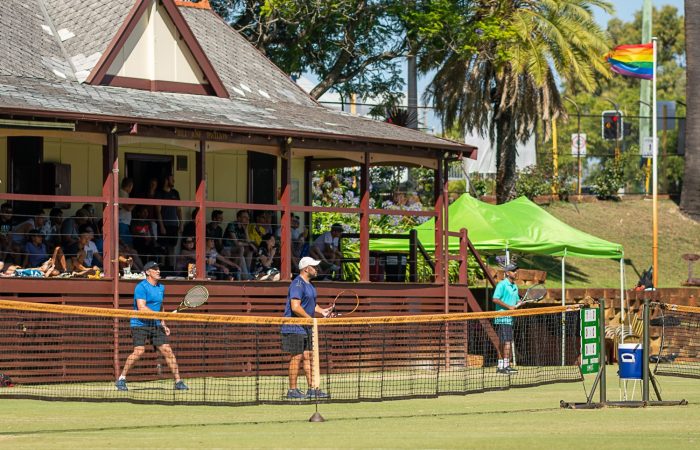 Successfully uniting the LGTBI and wider tennis community since the tournament first came to Perth in 2017, the Perth Lawn Tennis Championship stands as a premier event on the GLTA international calendar.

Despite many of the event’s regular participants unable to attend due to COVID-19 travel restrictions, Co- Tournament Director Doug Kirkwood said that alongside Co Tournament Director Sara Gunn, the tournament team and Loton Park Tennis Club remained committed to hosting a fantastic event.

“Having won the GLTA international award for Best Small Tournament in 2017, we know what it takes to put on a premium world class event,”

“Our international players will be missing this year but the atmosphere will still be electric. Our courts are in pristine condition and the clubhouse will be a hive of activity for players and spectators alike,”

“We promise plenty of great tennis complemented by a host of social activities aimed at uniting the LGTBI and wider tennis community,”

“The motto of Loton Park states, ‘Diversity is our Advantage’ and we invite everyone to come along and enjoy the competitiveness of the tournament whilst having fun and making some new friends,” Kirkwood said.

The event focuses on building a strong sense of comradery for both players and supporters with exciting social events planned, including a players’ dinner at Loton Park on the Saturday 2 January.

The Perth Lawn Tennis Championship is sanctioned by the GLTA and supports over 90 tournaments across the globe. The GLTA is an inclusive organisation inviting members of all communities to join in and celebrate our common interest in tennis.

For more information on the GLTA, head to https://www.glta.net/