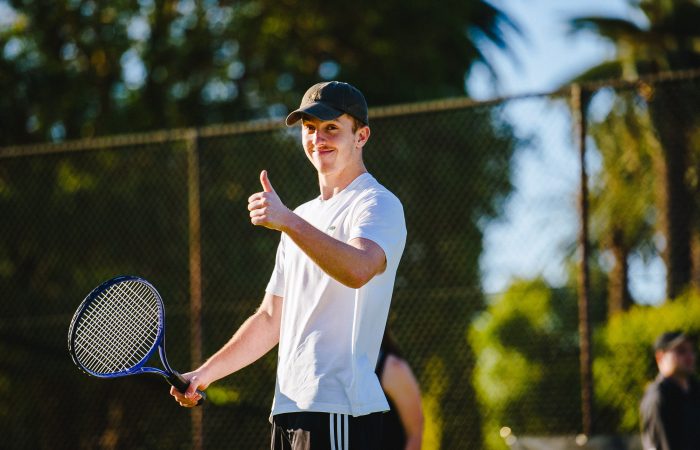 Tennis Clubs across WA are relishing in an unlikely silver lining of the COVID-19 pandemic, reporting an increase in new memberships from players of the younger generation.

The rise in younger memberships highlights the sport’s unique physical distancing benefits which favored tennis’ continuation throughout most of the state’s mandated restrictions.

Returning to play whilst most other sports, cafes and clubs were forced to remain closed, tennis offered a great two-for-one offer with physical activity and social interaction all bundled into one.
Of the clubs which made headway in securing an impressive number of new memberships, Nedlands TC President Janet Ferreira says the club accepted around 25 new memberships during the peak of the restrictions.

‘It seems that the closure of cafés, restaurants and pubs was a significant factor in the club seeing an increase in the number of new memberships of a much younger demographic than we’re used to,’
‘They were unable to socialise as normal and fortunately for us, saw tennis as a great alternative,’ Ferreira said.

Reporting similar numbers, Cottesloe TC membership director Amelia Oen says the clubs saw in excess of 30 new members aged under 40 join the club during the Governments restrictions.
‘Tennis was one of the few sports which could be played safely and we definitely witnessed a spike in memberships,’ Oen said.

Whilst clubs adhered to strict operating guidelines throughout the Governments imposed phases of restrictions, new and old members alike took to the courts thankful to be practicing their skills and accepting of the need to practice healthy hitting habits.

Of the new recruits at Nedlands TC, was Perth Children’s Hospital doctor Cameron Yap (30) who signed up with his girlfriend and housemate during the phases of tighter restrictions and now plays up to four times a week.

“I joined because the club actually did well during the COVID shutdown by following the Government protocols and being proactive with the playing public, whereas everywhere else just shut up shop,”

“And now that I’m playing so many times a week I’m enjoying the opportunity to meet people I’d usually just pass in the street,’ Dr Yap said.

Marketing manager Mark Dodd (32), also a new member to the Nedlands TC family, signed up with three friends of similar age and said the club’s management of the shutdown was easy to navigate and allowed for both new and old friendships to be nurtured

“Reaffirming old friendships and creating new ones has been a definite benefit to my membership at Nedlands TC,’ Dodd said.

The Government’s most recent announcement in moving to phase four of restrictions sees clubs move one step closer to a return to operating at full capacity with coaching, social play and inter and intra competition, plus the allowance for social gatherings returned on Saturday 27 June.

For all of the latest information and resources about playing tennis safely please visit: https://www.tennis.com.au/wa/news-and-events/news/covid-19-updates