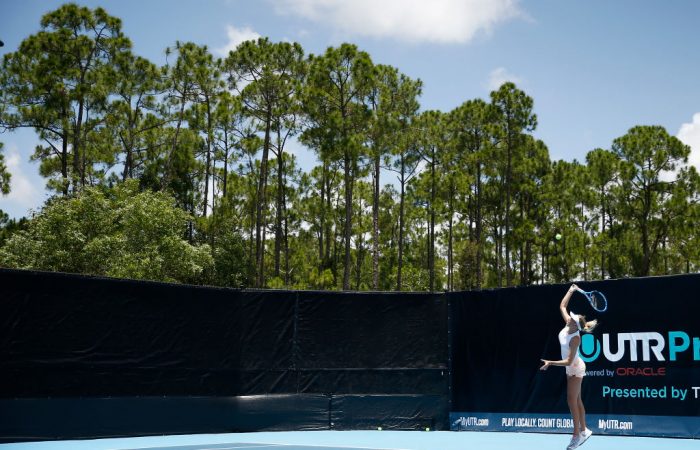 Australia’s pro tennis players have the opportunity to compete for $450,000 prizemoney in a new domestic series that kicked off in Sydney over the weekend.

The UTR Pro Tennis Series will feature tournaments in Sydney, Melbourne, Brisbane, Adelaide and Perth, starting in Sydney on Saturday 27 June, with Brisbane and Melbourne competitions getting underway on Monday 29 June, and Perth following on Tuesday 7 July.

Event organisers have worked closely within government guidelines in each state to ensure physical distancing rules are in place, along with additional hygiene and safety precautions. On court personnel will be limited, with a chair umpire, minimal lines-people and no ballkids. Players will bring their own towels.

Some of WA”s most promising female players have made the trip interstate to compete in this new event series, including Storm Sanders, Maddison Inglis and Talia Gibson

The women’s field in Melbourne is led by WA’s Storm Sanders, who holds the top UTR ranking in that event. She will compete against the likes of Destanee Aiava, Belinda Woolcock, Ivana Popovic, Gabriella Da Silva-Fick and fellow WA compatriot, and rising star Talia Gibson.

The 25-year-old Sanders, who has a UTR of 12.48, resumed her singles career last October after a two-year break and will welcome the chance to draw on the work that continued through the tour shutdown.

“I’m trying to make the most of the time by setting little fitness goals, watching some of my recent match footage in both singles and doubles and trying to find ways to improve,” Sanders recently commented.

In the Brisbane tournament, Perth’s Maddison Inglis will aim to resume the strong form she demonstrated early in the 2020 season. Inglis claimed back-to-back Australian Pro Tour titles in Burnie and Perth in February to help achieve a UTR of 12.37.

Participating players in Round 1 of the Sydney, Melbourne & Brisbane events are listed below.

The Perth entry deadline for round 1 closes on Thursday 2 July. Player lists will be published once the deadline has closed.

The Perth Events Dates are as follows:

All matches will be streamed for free via Playsight (you will need to register for a free account) https://web.playsight.com/facility/utr-pro-tennis-series/home

Match results and scores will be available via www.MyUTR.com

Additional tournament information, order or plays, draws and results will be for each city via the following links (please note you will need to register for a free account to access all information).

The mission of Universal Tennis is to make tennis more affordable, accessible and fun for all players, regardless of age, gender, level and socioeconomic status. The UTR Engagement Platform is anchored by the Universal Tennis Rating (UTR) Powered by Oracle, the world’s most accurate singles and doubles tennis rating system; and provides the tools and solutions to make the Universal Tennis Rating relevant and valuable to players, coaches and organisers in their local domain. Universal Tennis is creating opportunities and pathways for players from all over the world, in all stages of life, to find better matches and unlock a more fun and flexible tennis experience. Watch our video and visit MyUTR.com to sign up, create or find your player profile, and join the global tennis community on UTR.