Manning TC to Celebrate International Day of People with Disability 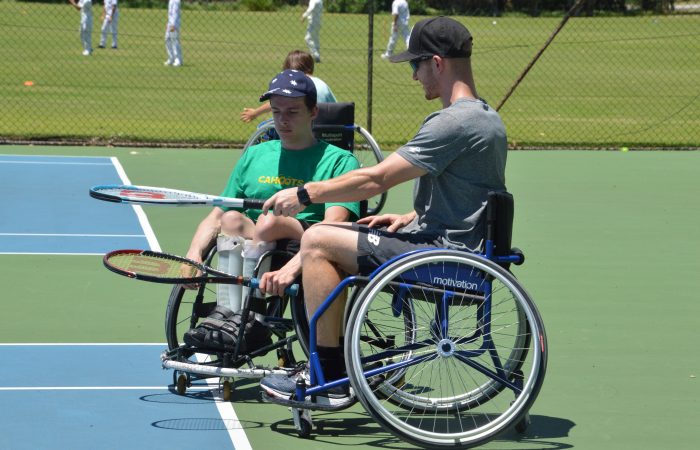 Manning Tennis Club, in conjunction with the City of South Perth will celebrate International Day of People with Disability with an inclusive tennis ‘Come and Try’ day at the club on Wednesday 4 December.

The free community event is open to all members of the community with opportunities for those with or without a disability to have a go at wheelchair tennis and aims to serve as a reminder as to the importance of inclusion.

Having just returned from the Australian National Wheelchair Championships in Melbourne where he finished as Runner Up in the Men’s B Draw Singles, wheelchair athlete Wayne Arnott says he’s on a mission to bring world class wheelchair tennis to WA.

‘Come and try days are the first step in raising the profile of the sport here in WA, and attracting new players,’

‘It’s exactly how I first came to be involved. I attended a come and try day at the State Tennis Centre with Grand Slam champion and former World Number 1 David Hall”

‘I now train most days and I’m currently working on bringing an AMT event to Perth for 2020,’

‘The long term goal is an ITF event. That would mean we’d have players from all over the world coming to play right here in Perth,’ Arnott said.

Tennis West Project Leader of Clubs and Inclusion, Paula Gates says the day is a wonderful initiative by the City of South Perth and Manning Tennis Club.

‘Manning Tennis Club have been incredibly proactive in making the club an inclusive venue for players of all abilities and it’s been great to see them well supported by the City of South Perth,’

‘The club’s improved access to both the courts and club house facilities has been well considered with ACROD parking, new undercover paths and a universal toilet and shower.’

‘Hosting the International Day of People with a Disability Come and Try Day is a great opportunity to celebrate the facility upgrades and bring more tennis opportunities to the members of the South Perth community,’ Gates said.

The community day is open to everyone with or without a disability. The event is free, wheelchair access provided with instruction facilitated by Club coach Mike Gill of MG Tennis Academy.

The day will run from 9:30am – 12:30pm on Wednesday 4 December at Manning Tennis Club Cnr Griffin Cres and Elderfield Rd Manning

The event is proudly supported by Manning Tennis Club, City of South Perth, APM, Tennis West and International Day of People with Disability.