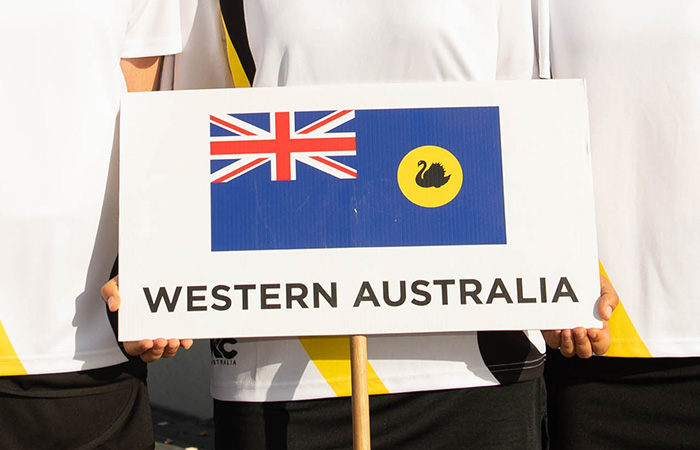 Taking to the courts of Melbourne Park at the 2019 December Showdown will be 37 of the state’s most promising young tennis players, competing against the country’s top talent at the coveted Australian Championships.

The action kicks off on Saturday 30 November with the 18/U event which will see WA’s Tristan Schoolkate compete in his final junior tournament.

A win for the WA hopeful would top off an incredible year, and be a fitting finale for his days as a junior player. Winning last year’s 18/U Australian Championship Doubles title with partner Dane Sweeny (QLD), the pair will attempt to claim back-to- back titles when they team up again for the 2019 event.

In addition to the 18/U competition, the country’s top ranked 12/U, 14/U and 16/U players will compete across more than 1,500 matches.
WA will no doubt look to repeat last year’s success where the state dominated the 14/U scene with Talia Gibson and Derek Pham winning their respective Singles titles. Pham also went on to claim the Doubles title of the 2018 Australian Championships with partner Edward Winter (SA).

“December Showdown is the pinnacle event of the junior tournament scene in Australia,”

“We’re excited to be taking 37 of WA’s top athletes who are privileged by the opportunity to compete for a national title,”

“Our players train and compete incredibly hard all year, and this event brings all of that focus and determination together,”

“Titles aside, our focus is on encouraging our players to be their very best by living the core values of the Academy – Compete, Commit and Respect,”

“We ask that they bring that attitude to every match regardless of the result. That way we ensure we grow champions the whole team can be proud of,” George said.

The Australian Open playoffs will feature as the centrepiece to the 16 days of action packed tennis with the winner being granted direct main draw entry to the 2020 AO event.

WA’s Tristan Schoolkate and Maddison Inglis will contest the playoffs which commence on Monday 9 December.

The following WA athletes will compete at the 2019 Australian Championships at Melbourne Park:

Keep up with all the action of the 2019 December Showdown by following the relevant links: