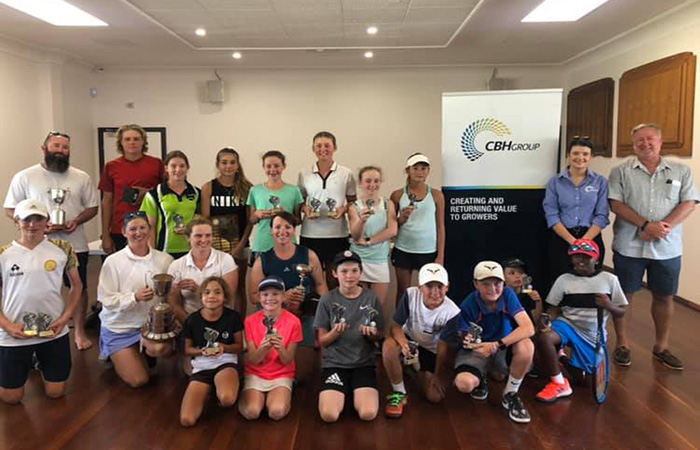 Reginal tennis players from across WA hit the courts over the weekend to compete in the CBH Country Tennis Championships which were held at Alexander Park and Mt Lawley Tennis Clubs.

With 20 events including Singles and Doubles competitions from U/10’s right through to Open division, the weekend hosted 421 matches and displayed outstanding tennis and exceptional sportsmanship from all competitors.

Tennis West Participation Manager Brooke Koeing said the CBH Country Tennis Championships were a great opportunity for country players to come together and represent themselves as well as their regions.

“The CBH Country Tennis Championships is the pinnacle event for our country players,”

“The event attracts the highest number of country participants from across WA, who converge together to battle it out on the courts,”

Established in 2013, the event is a combination of the historic Country Week Singles and Teams fixtures which began as a WALTA event in 1923, and the Country Zone Challenge which began in 1997.

As an Australian Ranking (AR) tournament, all junior players are eligible to compete for Australian ranking points in both Singles and Doubles, which for many players, is an opportunity to establish their position against ranked players from right across Australia.

For a complete wrap of the event you can view the results here: https://bit.ly/2L9oVlp