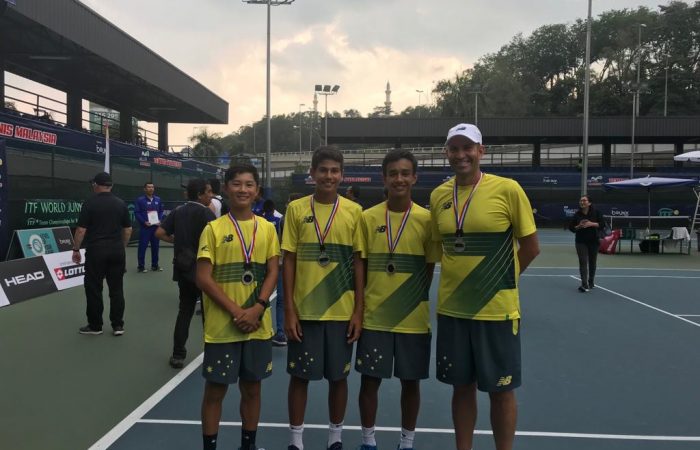 Travelling with the team will be WA ‘s Talent Development Manager and coach Damian Ward.

The Finals appearance sets up a chance for the Aussie team to be crowned ITF World Junior Tennis champions.

“Without a doubt the boys have all grown from the experience, both on and off the court,”

“I’m very proud of all of the boys, they worked incredibly hard throughout the qualifying tournament to secure a Finals position. I couldn’t be prouder of their efforts,” said Damian.

The ITF World Junior Tennis Finals will be played in Projestov, Czech Republic form the 5-10 August 2019.