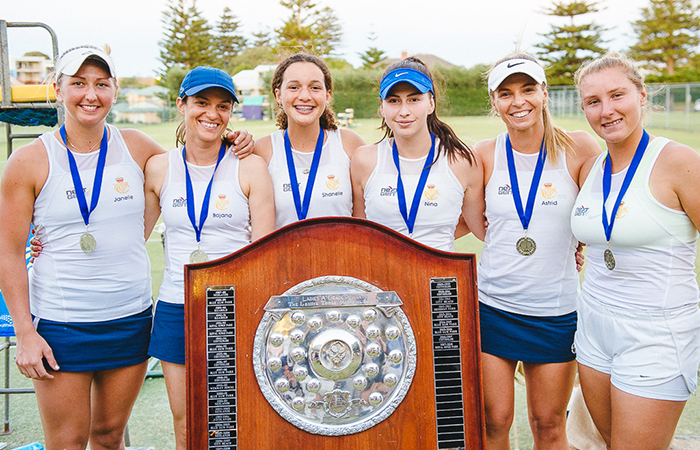 The Tennis West State League Final was played on Saturday, with the home-sides in both the Men’s and Women’s Final unable to capitalise on their home ground advantage.

In a showdown between the two powerhouse clubs, the players put on a spectacular show in front of a strong Cottesloe crowd.

It was a battle of the youngsters in the #4 singles rubber, with 16 year old Natasha Camer-Pesci from Cottesloe taking on 15 year old State League debutant Shanelle Iaconi from Royal Kings Park. In a tight match that went to 3 sets, it was Iaconi who emerged victorious 6-0, 6-7, 7-5

Despite a stellar season and 11 singles wins under her belt, Royal Kings Park’s Nina Catovic fell at the hands of rising star Lauren Nikoloski 6-4, 7-6.

The #1 singles rubber between Fed Cup Captain and former world number 8, Alicia Molik and current Pro-Tour player Jelena Stojanovic was indeed the crowd favourite. Despite the incredible performance by Cottesloe’s marquee player, Molik was ultimately out-classed by the emerging talent of Stojanovic, who used her strength and dynamism to cause the major upset of the day, defeating Molik 6-3, 6-4.

Heading into the Doubles, the Final could not have been closer, with the teams locked at two-all, and even on sets. However a decisive doubles win in fading light to Royal Kings Park’s Bojana Bobusic and Janelle Cuthbertson 6-1, 6-2 over Natasha Camer-Pesci and Ruby Culley gave Royal Kings Park a conclusive lead on games to capture back-to-back Championships.

The Men’s Final against the two top sides did not disappoint, with a tightly contested affair that was ultimately decided by games. After a long battle, it was Hensman Park Tennis Club (3-6-53) that emerged victorious against home-side Dalkeith Tennis Club (2-5-47).

The much anticipated match-up between the powerhouse players of Tom Fancutt and Brydan Klein proved to be the match of the day. Hensman Park’s star recruit, Klein, came into the match with confidence after finishing the season with a 100% winning streak, yet the in-form Fancutt, who had travelled back from the Mornington ITF to play in the Final, proved to be tough competition. Despite the tight contest, it was Klein’s strong serving with heavy firsts and wide-kicker second serves that proved too hard for Fancutt to break. Klein claimed the victory 6-3, 6-4.

Dalkeith’s Dylan McCloskey and Hensman Park’s Brendan Malarkey battled it out with long and fast ground-shot rallies, however McCloskey used the corners to his benefit, defeating Malarkey 6-3, 6-1.

Dalkeith’s star recruit Tristan Schoolkate lived up to the hype, and was able to defeat Hensman Park’s Captain Zach Itzstein. Schoolkate made very few unforced errors and his young legs allowed him to retrieve many of Itzstein’s passing shots, which would likely be winners against any other opponent.

In one of the most animated matches of the day, Dalkeith’s Oliver Henderson took on Vuk Velickovic.  Velickovic used sharp slices that Henderson was unable to counter, putting his shots into the net too often.  Velickovic played to the 300-strong crowd with dramatic gestures and exclamations that made for a highly entertaining match, with Velickovic securing the victory 6-0, 6-4.

In a mirror image of the Women’s Final, it would be the Doubles that would decide the eventual Champions. In the deciding Doubles match, Velickovic teamed with Klein to play a brilliant match against Fancutt and McCloskey to deliver Hensman a 6-2, 6-2 lead and ultimate victory against the home-town favourites and minor premiers. 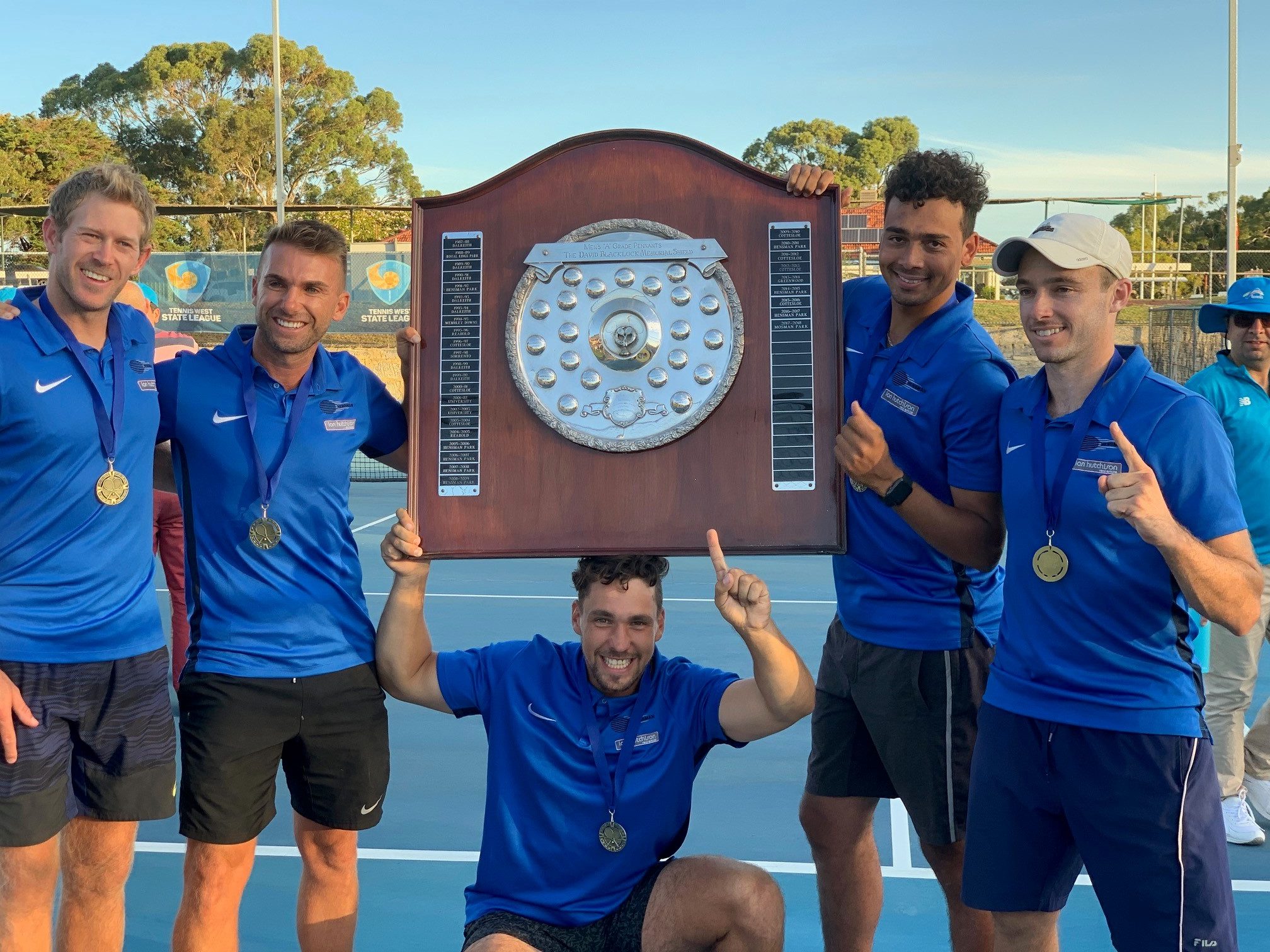 After 14 home and away fixtures and a finals campaign, the teams will share in a prize pool of $20K, the biggest prize money offering in Tennis West State League history.

Tennis West’s Tennis League is the largest single Association inter-club league competition in Australia. It is open to Tennis West affiliated club members of all ages and abilities. Around 8,000 players participate in Summer Tennis League, and 5,000 players in Winter Tennis League. Competitions are offered for Adults, Juniors and Seniors.