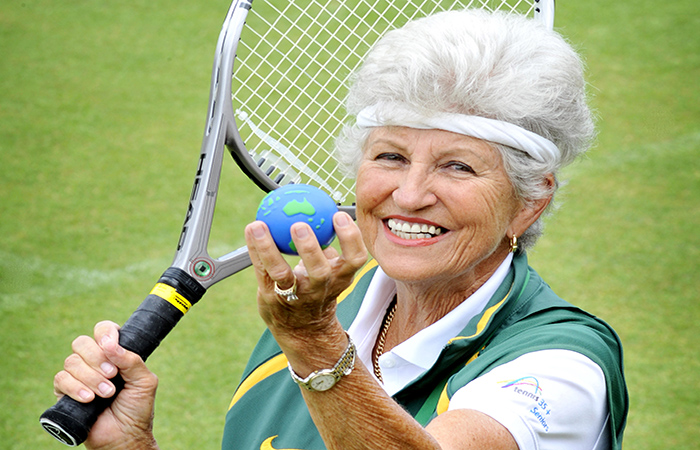 It is with much admiration and upmost respect that we introduce Tennis West February #ACEgirl, the living legend that is, Mrs Margaret Robinson. Margaret’s tennis career spans an impressive 80 odd years, and at the respectful age of 87, you’ll still find Margaret competing in the Wednesday Women’s Tennis League!

From backyard lessons on the family tennis court, Margaret went on to carve a lifelong love of the sport that has clearly stood the test of time. From a young professional player who travelled to Europe to compete on the world stage, Margaret returned to Australia where she began a successful coaching career alongside husband Bruce. Margaret’s dominance in the sport however is mostly recognised on the Australian Tennis Seniors scene where she boasts 11 Australian Tennis Seniors Singles titles, 11 Australian Seniors Doubles titles and 4 Australian Seniors Mixed Doubles titles. Not to mention a host of other impressive victories and triumphs, Margaret’s time-honoured competitive ability is nothing short of amazing.

Well done Margaret, you’re a standout champion and a most notable #ACEgirl. Welcome to the club!

ACEgirls, is an initiative developed Tennis West to celebrate West Australian Females in Tennis. Showcasing past and present champions, rising stars, tournament officials, coaches and club committee members, WA’s calibre of ACEgirls is nothing short of world class and most definitely worth celebrating! 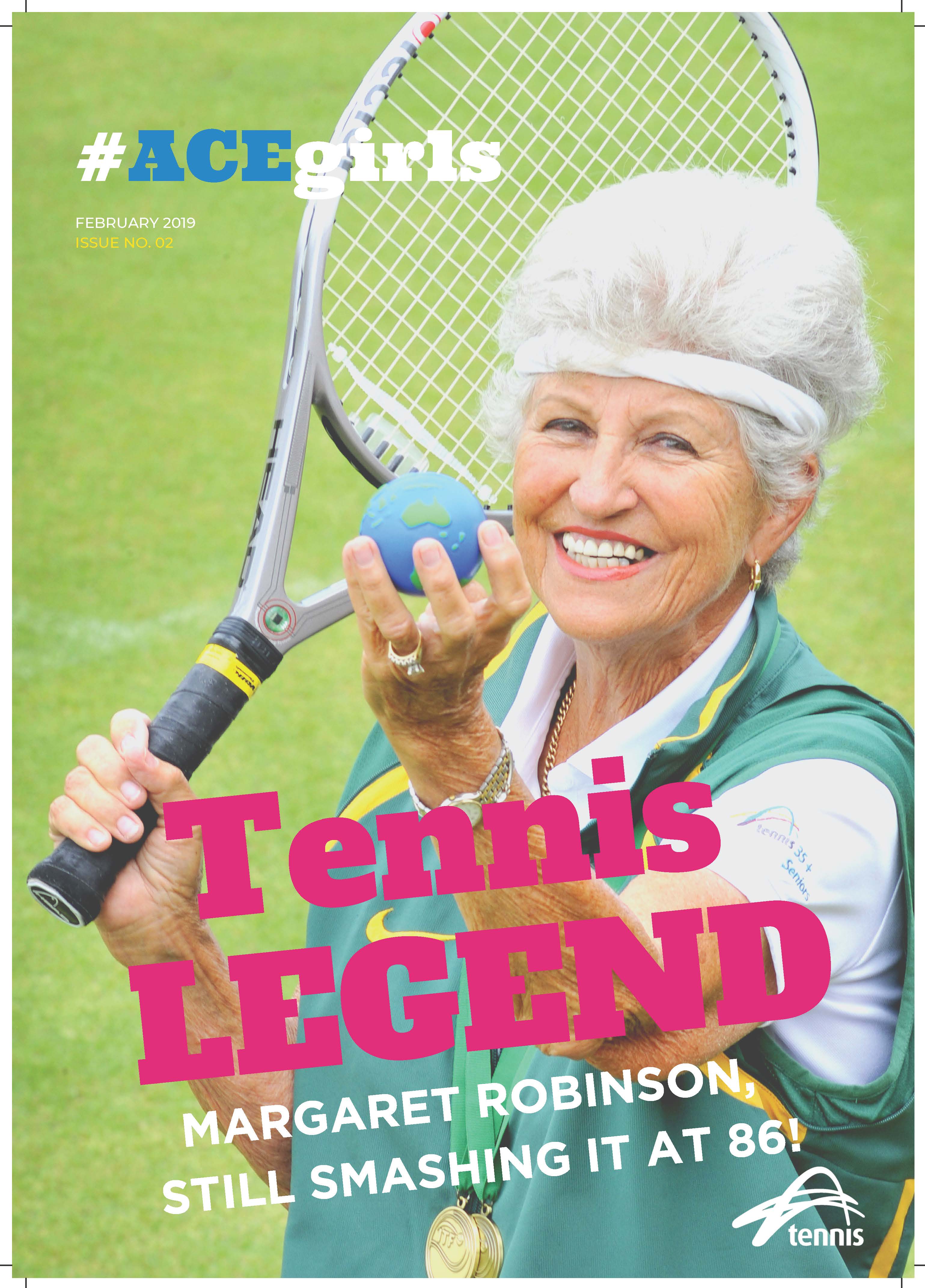 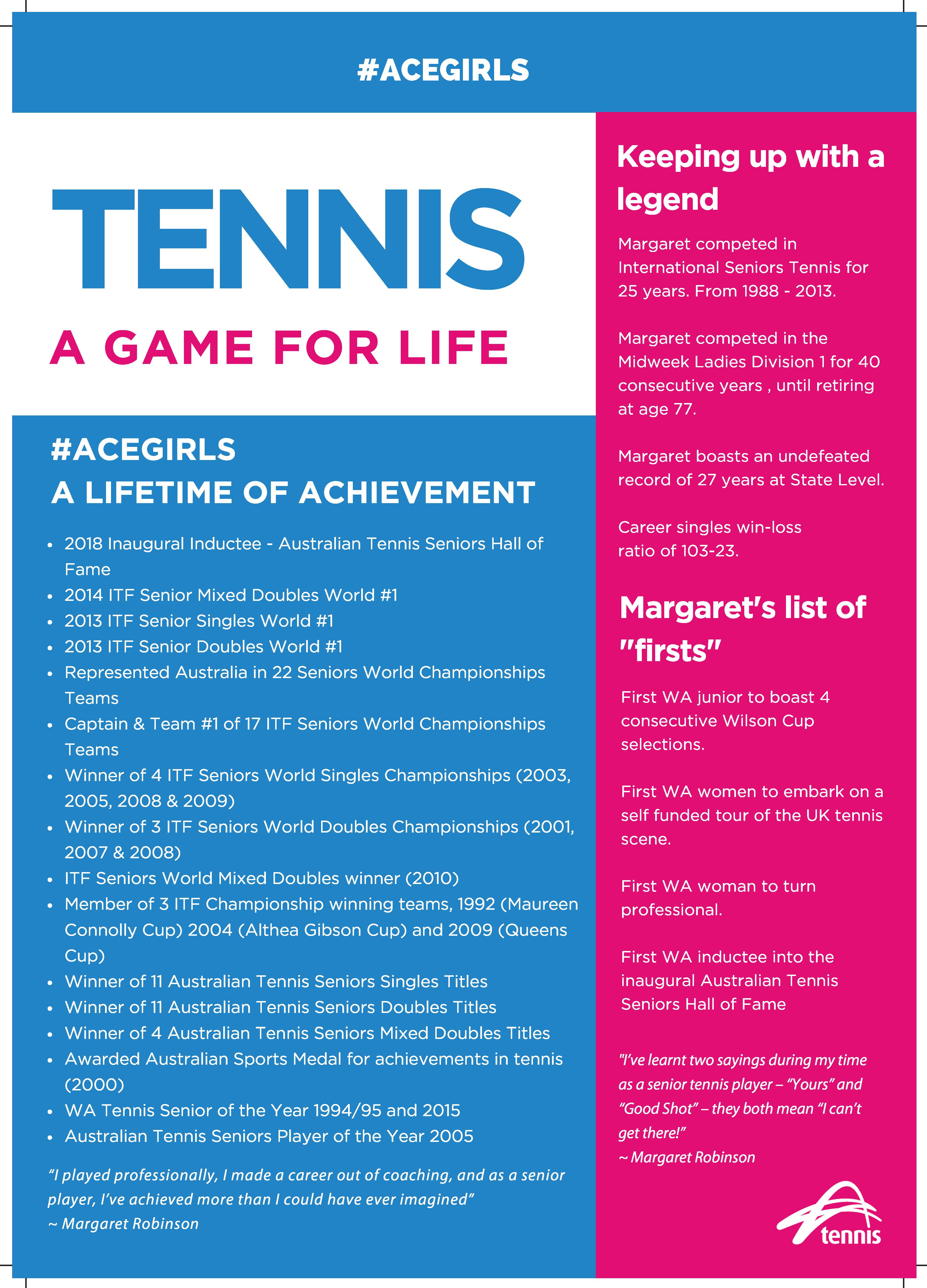