Every year Tennis West hosts the Return of Service Cocktail Function to honour and say thank you to the volunteers who dedicate their time to our great sport. Without volunteers, our clubs, competitions, tournaments and events simply wouldn’t exist.

This year the event was held on Friday 18 May at the Old Pickle Factory in West Perth, ahead of National Volunteers Week which runs from Monday 21 May – Sunday 27 May 2018. A record 300 guests were in attendance at Friday’s event that comprised of club volunteers, tournament volunteers, Tennis West board members and sponsors. 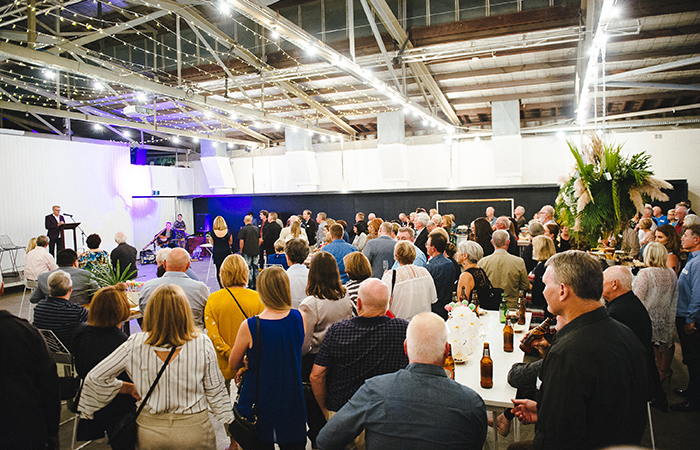 “Tennis West is a not-for-profit organisation and the role volunteers play could not possibly be funded” said Warren Harding, Tennis West Vice President, “volunteers bring a passion and personality to their role which cannot be duplicated.

“Volunteers play a critical role in the success of our sport in Western Australia in not just administering clubs or running tournaments but devoting time to developing juniors, creating social networks for young players and adults as well as being a vital part of the community.”

Hosted by Channel 7’s Peter Vlahos, the night included an interview with James Edwards, President of Onslow Park Tennis Club, and Volunteer of the Year award winner at the 2017 Newcombe Medal.

Later in the evening, a panel of volunteers that included Toni Bellingham of Safety Bay Tennis Club, Joe Clarke of Alexander Park Tennis Club and Tennis West board member Karen Jessop took to the stage to discuss the different roles they play in the tennis community. 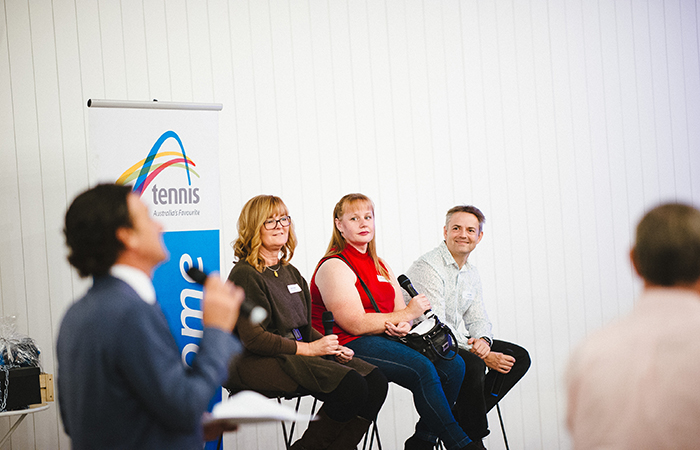 “Tennis West is acutely aware of the importance of volunteers and as the sports peak body, taking the time to acknowledge the achievements and contributions of volunteers is extremely important” said Warren Harding.

“We need to hear from, and listen to the needs of volunteers to understand how we can best serve them, provide resources and training and help volunteers continue to be effective, stay relevant and increase the number of volunteers as participation in our sport grows” he continued.

The highlight of the night was when ten clubs were drawn at random and given the opportunity to pick a key in the hopes that it would unlock the mystery box on stage. Wendy Krawzcuk from Bull Creek Tennis Club managed to pick the correct key and opened up a box filled with Australian Open merchandise for herself and won an eight seater premium box to the Mastercard Hopman Cup 2019 for the club.

Musician James Wilson provided the soundtrack for the evening, as he managed to play a range of percussion and wind instruments, guitar and provide vocals all at the same time. Entertainment also included a range of lawn games that ranged from Connect 4, Jenga and Noughts & Crosses. 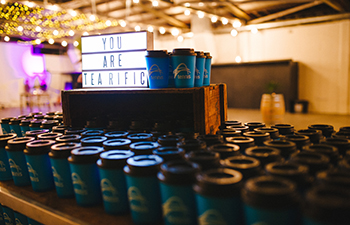 In the centre of the room was a grazing station of fine foods and cheeses from European Foods that almost looked too good to touch. Showcase Catering provided a delicious selection of food throughout the evening that included arancini, fish and chips and slider burgers. To top it all off, for those with a sweet tooth, they could indulge in gelato from Chicho Gelato or mini cupcakes and cake pops from Sweet on Cupcakes.

The volunteers were gifted with a reusable coffee mug as they left the event as a token of Tennis West’s appreciation for all of their work throughout the year.

Tennis West would like to thank everyone for their attendance at the event and for their ongoing commitment to tennis in Western Australia.

Photos from the event can be viewed on the Tennis West Facebook Page, or you can view the full gallery online by clicking here.