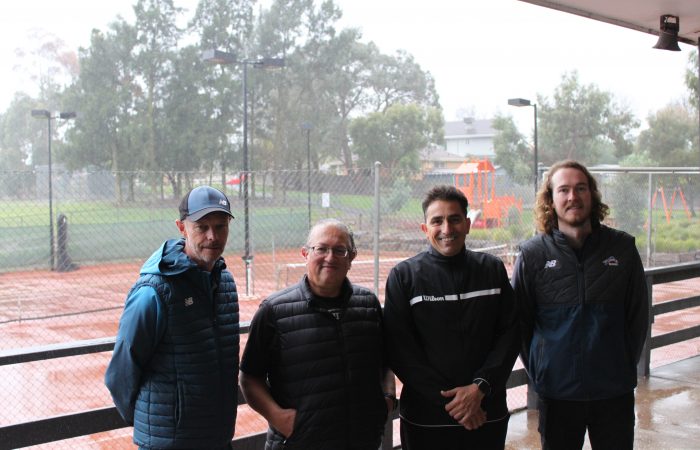 A President and a Head Coach have an important relationship at any Tennis Club.

At Nunawading Tennis Club in Melbourne’s East, President Joe Santamaria has immersed himself in the core business, by upskilling himself in coaching thanks to the guidance of Head Coach, Peter Caruana.

“It really came down to a need, where Peter was short of coaches and I filled in and enjoyed it. I just wanted to get more involved in this side of the club.” said Santamaria.

The key motivation for Santamaria to learn more about coaching and enhance his knowledge was driven by the students that he was teaching from a nearby school.

“While you’re on the court coaching you feel like you want to pass onto the best information to the students and I didn’t feel like I had the best, I had previously picked up knowledge learning from Peter and watching YouTube channels but there’s only so much information that you can pass on until you need to learn yourself.”

“Joe was keen to learn, I suggested that he could do the community course, but Joe is the one who signed up and did it himself. The pleasing thing was once a couple of other club coaches saw him sign up as President, then they signed up as well!” explained Caruana.

“Joe is a great club player but didn’t have a strong playing background and a lot of the information to Joe was new – It’s a lot easier teaching something that you know and that’s why he enrolled.”

After recently completing the two courses and attending the workshop, Santamaria has since developed excitement with teaching new skills on court to the students which he discovered himself through the program.

“There are a few things that I’ve picked up in the course that I’ve started doing. A simple one being teaching kids to serve; a lot of the students couldn’t toss the ball let alone swing the racquet. Tennis coaching is evolving all the time, but what I think is valuable is learning these new things and then passing it on, you have more excitement when teaching them because you’re discovering these things yourself.”

“You’re also watching the students benefit you can already see in their faces that they’re enjoying it and they’re getting somewhere.” 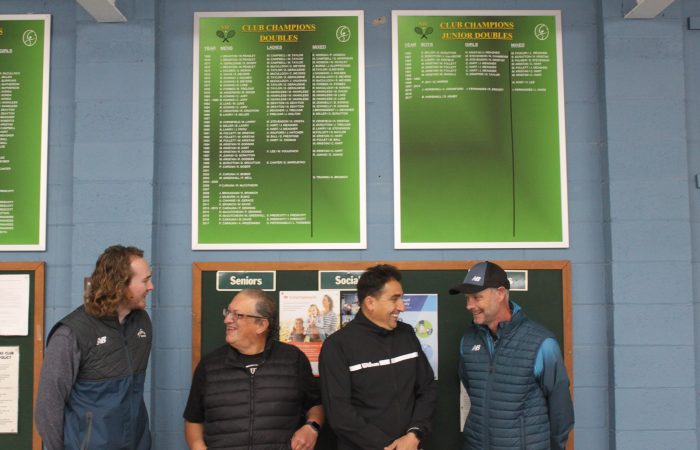 Santamaria and Caruana can also see the benefit for Nunawading Tennis Club, by investing in the future.

“There is a transition where we’d like to see the students come through the school program first and try to encourage them to come to the club more often, do some coaching after hours and this may lead to more people playing, families coming down to the club and even eventual membership” explained Santamaria.

“There’s nothing better than seeing kids transition through and seeing kids 4 and 5 who picked up a racquet for the first time that have grown up and are now 25 and involved in the Club whether that’s playing Saturday Morning Comp or coaching at the club or on the committee, that keeps us motivated.” said Caruana

Caruana and Santamaria have also grown closer as a result of being on the same page and the clear direction that the club is moving in.

“When I think about the relationship that we have, I find it difficult to understand how it can work without a close relationship. A key objective for a club is to build the amount of people playing Tennis and gaining their membership base, and this is enhanced by the coaching they receive.”

So, why should a club bring their president to the upcoming coaching courses?

Peter Caruana – “Some Presidents will see the coach coming in, running the business and that’s it, but if they can see that it’s more than that, that it’s an investment in the club, that the people that visit the club have a great first experience and that’s because the president has been able to teach the skills, then the club is only going to benefit in the future.”

Joe Santamaria – “I think you get more insight into actually what’s going on and one of the most important parts of the club. From a club perspective, I don’t know why they don’t invest in this side of things more.”