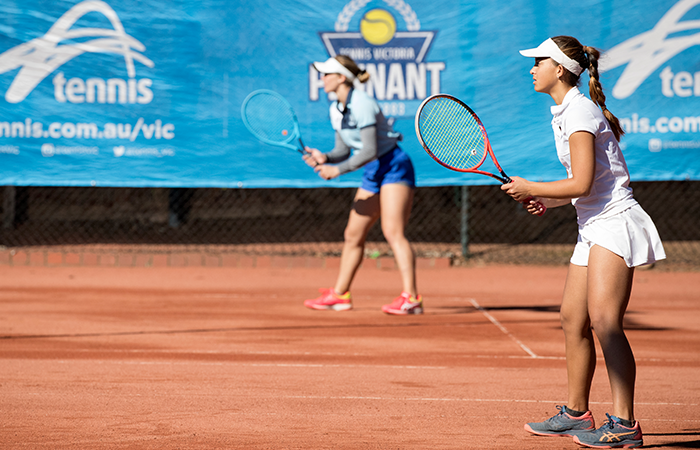 One of Australia’s largest inter-club competitions is back this weekend as Tennis Victoria Pennant returns for 2021.

Following 20 months on the sidelines, the 15-week competition will return to courts in Melbourne, Geelong and the Mornington Peninsula across 130 tennis clubs.

In a new format for 2021, Men’s & Women’s leagues will play singles and doubles each week. Two eight-game sets will be played for both doubles rubbers, followed by four singles rubbers.

All matches will be played in a best-of-two set format, with a ten-point match tiebreaker instead of third set.

Tennis Victoria’s Competitions Coordinator Tyler Krumholz is excited for the Tennis Victoria Pennant season to return in a new format.

“This is the largest amount of time we’ve been away from Pennant in 138 years and  we’ve introduced some changes to adapt to these challenging times.”

“We are excited to have competition back again in 2021 and we know our players are as well.”

After a Grade One Women’s Pennant victory in 2019, Beaumaris Lawn Tennis Club star Monique Barry is excited to return to Pennant competition in 2021.

“Even though we have been able to play tournaments in the last few months, I’ve missed playing high level competition with my friends and team mates, and I’m looking forward to defending our title from 2019.”

2019 Men’s Grade One winning captain from Glenburn Tennis Club (Glen Waverley), Lewis Miles is also excited for the challenge ahead and defending his club’s title from two years ago.

“We’re excited for Pennant to be back. The social aspect with your team and opponents is what you play Pennant for, and that was something we missed in 2020.”

“I think Grade One Pennant will be even stronger again and looking forward to the challenge of playing some stronger teams, there’ll also be a lot of younger players who’ve improved and that will add in a new dimension to the competition.”