Thank you and congratulations Peter Keller!

Peter Keller from Ballarat has been recognised for his contribution to tennis with a Highly Commended Service Award presented by Tennis Victoria Club Development Officer Andrew Cronin. 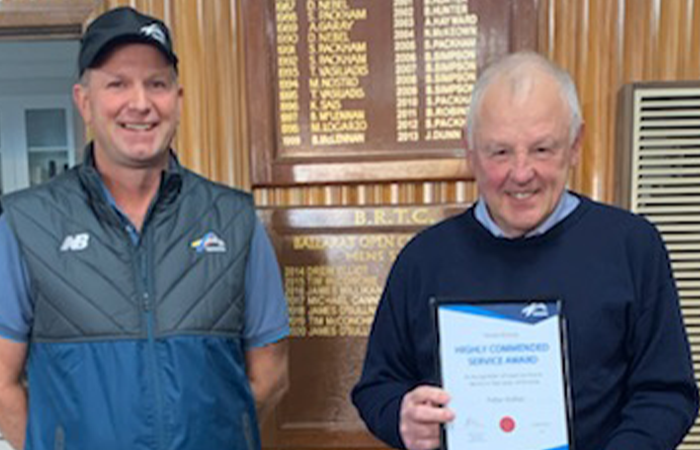 An asset to the Ballarat Regional Tennis Centre and tennis in general, Peter has volunteered for many years. He’s been on the committee for over 26 years and was previously involved in running the Ballarat Lawn Tennis Club.

Peter is a mentor for juniors, a gentleman on and off the court and a well-respected member of the community. He has been a Treasurer and a President and spent uncountable hours as a court supervisor during tournaments.

After accepting the award in front of junior tennis players and their parents Peter reflected that ‘the game of tennis is a fulfilling game, one that [he has] thoroughly enjoyed, and continue[s] to enjoy every day.’

Congratulations Peter and thank you for your outstanding contribution to tennis in Ballarat and across Victoria.