Mike Hindson recognised for his service to tennis 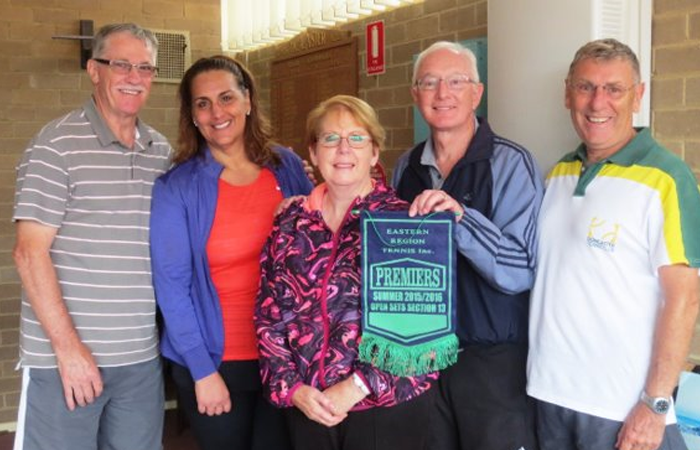 Mike Hindson (pictured, second from right) has been recognised for his involvement at the Doncaster Tennis Club after he was presented with his Tennis Service Award on Monday 3 August.

Mike’s impressive resume can now boast the achievement in being the first recipient to have his Tennis Service Award announced virtually.

The award, typically presented in person at a club event, was instead presented to Hindson via Zoom.

“Wow. What a surprise,” Mike said.

“I was thinking of retiring in the next couple of years but now you might not be able to get rid of me.”

COVID-19 restrictions forced the club to rethink how to extend the honour, with a virtual committee meeting the chosen avenue. 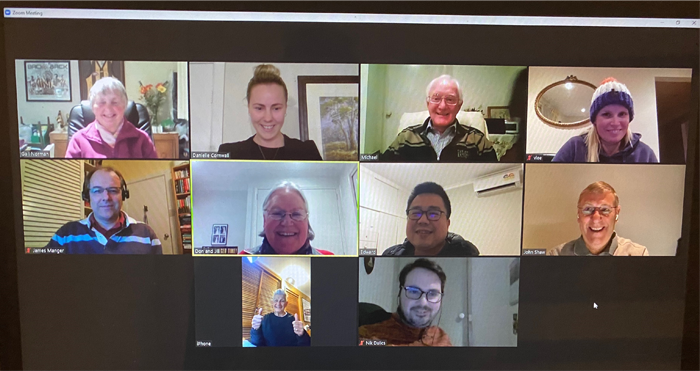 Chairing the online committee meeting is one task Mike currently completes in his role as both the President and Membership Secretary of the club.

Mike has been involved with the club in varying capacities since 1994 and was elected onto the Committee of Management in 1998 where he has served continuously since, except for a couple of short ‘holidays’ over this period.

He has held a number of roles over his time on the committee including General Committee member for three years, House & Grounds Coordinator for two years, Night Tennis Convener for four years, Membership Secretary for 12 years, Vice President for two years and President for nine years.

One of Mike’s greatest strengths has been his negotiation skills when communicating with Manningham Council about improvements to club facilities. A few of these improvements include;

His vision for the future of the club is outstanding and far reaching, and has been involved in many projects such as installation of lighting on all back courts, planning for installation of Book a Court and upgrading lights to LED on the front courts – just to name a few.

Mike continues to be actively involved with court and surrounds maintenance, organising and attending working bees and attending to emergencies such as court flooding and failure of Clubhouse amenities.

He has also been an active supporter of all club social and fundraising events and works willingly and diligently to keep all aspects of Doncaster Tennis Club running smoothly for each and every member.

Congratulations Mike and thank you for your contribution to Tennis in Victoria, and well done to Doncaster Tennis Club in being so accommodating and innovative during these challenging times.