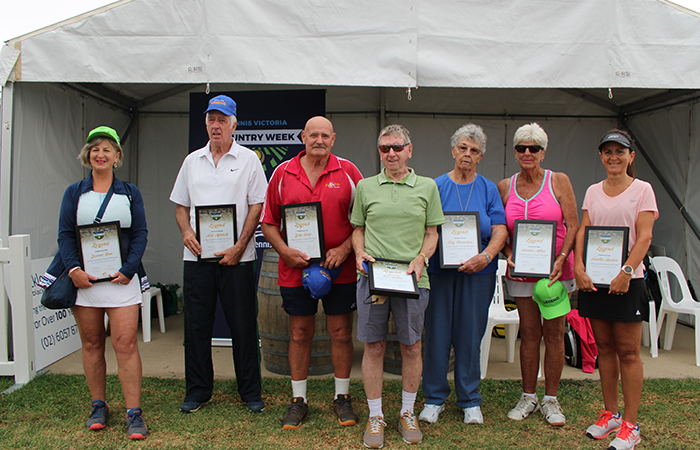 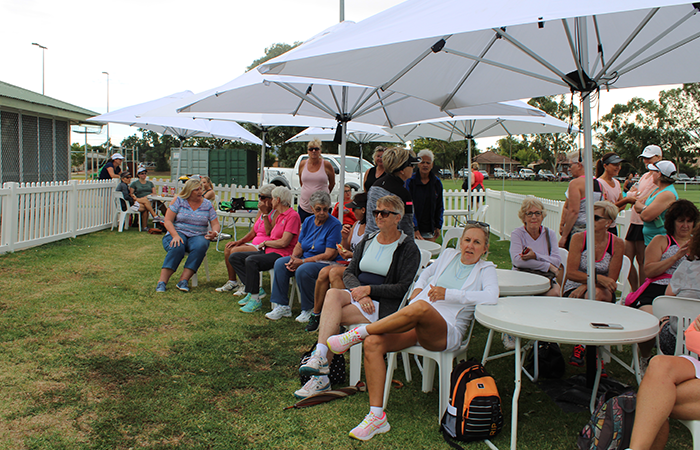 The presentation was conducted during Day One of play, with Wodonga Mayor, Cr Anna Speedie, and Tennis Victoria CEO, Ruth Holdaway MBE, on hand to present.

“I would like to congratulate Sandra, Eric, John, Joanne, Kay, Narelle and Neil for everything they have done, not just for themselves and their teams, but for Country Week as a whole,” Holdaway said.

“It’s people like this that make this one of the best community sporting events in the world.

“I always look forward to Country Week and think it’s the perfect way to complement the summer of Tennis,” she said. 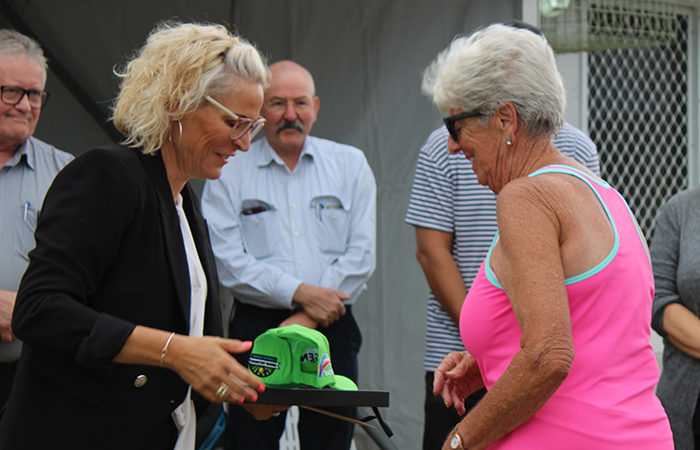 Get to know the 2020 Tennis Victoria Country Week Legends:

Since 1981, Sandra has not missed a Country Week. Sandra is a World and Australian Masters Champion, who at 74-years young, still plays competitively five times a week. Sandra is a member of Wodonga Tennis Centre and a long serving committee member, and even offers to help other venues hosting the tournament. Her vast knowledge of all things Country Week has been invaluable to a number of host clubs over the years.

Eric has attended every Country Week since its inception in 1984, spanning across three decades. Eric has played tennis from a young age, being coached by Arthur Sedgman and become the first player to be sponsored by Dunlop. During his 35 year involvement with Country Week, Eric has made long-time friends and enjoys attending the opening night of the tournament in order to catch up with them. While Eric’s playing days have ceased, he enjoys watching his family throughout the tournament. 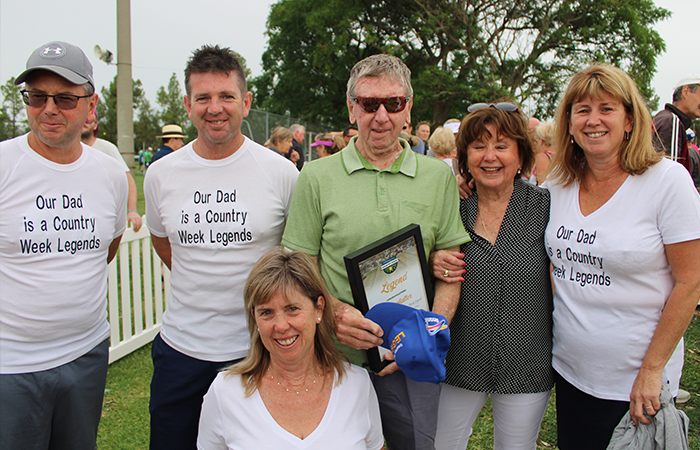 John has played at Country Week since 1992, missing only one year due to ill-health. While he has struggled to get a team together at times, he has always managed to attend the tournament. John continues to introduce players to Country Week and as a result has only made the tournament stronger.

Joanne has been attending Country Week since the tournament was held at Kooyong. While her children were babies, she would bring them, along with her mum, who would look after the kids while she played tennis. Jo’s mum, Norma Sim, was named a Country Week Legend in 2018. Jo always has a good time both on and off the court.

Kay is a stalwart of Country Week, playing 38 consecutive years before missing the 2019 event due to injury. At the club, she has been a mainstay for many years, always offering and helping out where possible. Kay assists with the day-to-day running of the club and during hosting of Country Week, completing a range of tasks from running the canteen to emptying the rubbish bins.

In 1992, Narelle played in one of the first teams that entered the tournament from Shepparton which was hosted in Swan Hill.  As a mere 21-year-old, her young age was not a factor and was more than happy to join the ‘oldies’. Since then, Narelle has played in every Country Week, except for 1997 and 1990 when she gave birth to her two daughters. She continues to organise teams and uniforms, book accommodation, and most importantly, encourages other to enter and play Country Week.

Neil began his Country Week journey in his early twenties, teaming up with a group of mates from the Upper Murray Country. Neil enjoys coaching junior tennis and is always leading by example on and off the court. He epitomises the enjoyment of the tournament and often takes to the social activities whole-heartedly. Neil has always encouraged others to participate in Country Week and is always supportive of the tournament.