Congratulations to all 15/U and 11/U players who competed in the Regional Team Events in Bairnsdale and Bendigo last weekend.

In Bendigo, Central Gippsland Region won the 15/U Bradtke Luczak Cup. The team drew with Barwon 3-3 in the last Pool match and this was enough to secure the victory. 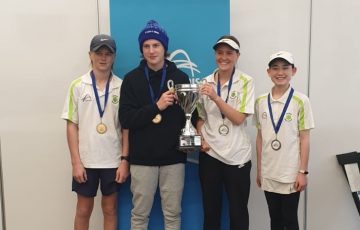 Over in the East of Victoria, after a convincing semi final victory, Waverley Tennis defeated close neighbours Eastern Region Tennis in the grand final, bringing home the 11/U Frank Sedgman Cup.