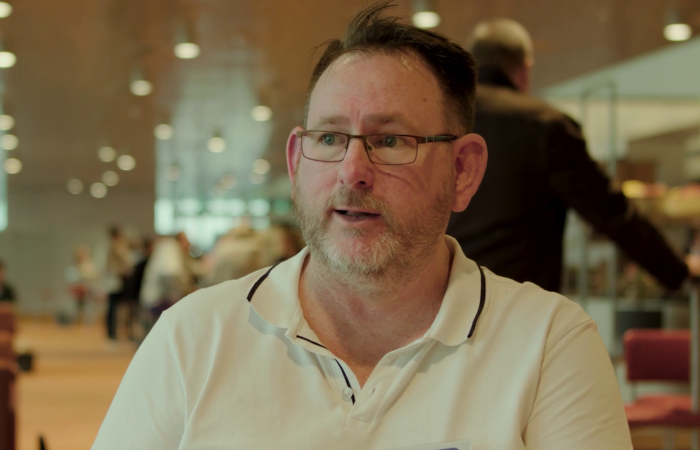 We love supporting all tennis volunteers, from those who have been involved for a short time to those that have dedicated decades to the sport.

The Community Champion of the Month for July 2022 is a new volunteer in the Victorian tennis community, but one who has made a huge impact to his community in his short time involved.

Matt Osborne started working with Tennis Victoria and the City of Melton in late 2021 to establish the Eynesbury Tennis Club in the newly established Eynesbury community. Matt has been working tirelessly to establish and build the club from the ground up.

Matt has formed a committee, established partnerships in the community and has begun offering social tennis for all ages to gradually build the club. Matt has given up a lot of his own time to further his knowledge of the operations and development of a club including attending the Tennis Victoria Thriving Tennis Tour in Melbourne while creating connections with other people within the tennis community. Matt has dedicated countless hours to the establishment of this club, which will benefit the community of Eynesbury into the future. There is still a way to go, and we look forward to supporting him on this journey.

Matt has also organised for the Grill’d store in Woodbrove Shopping Centre to have include Eynesbury TC in their local mattes bottle cap collection throughout July. If you’re a local, make sure you put a bottle cap in the Eynesbury TC jar.

Congratulations Matt on being the Community Champion of the Month, the Eynesbury community are lucky to have you!