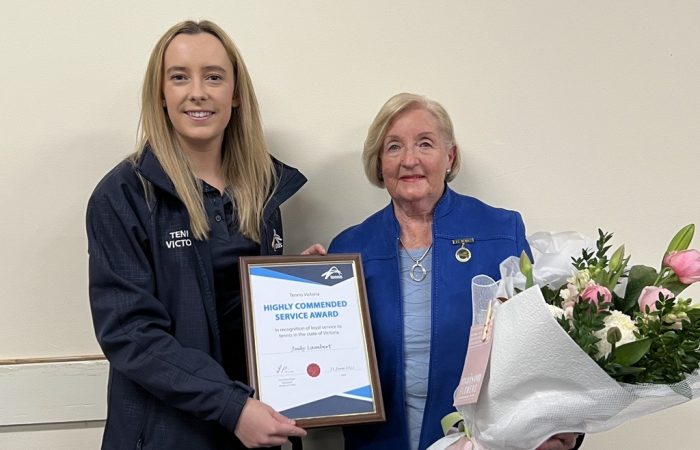 Judy Lambert is a much loved and irreplaceable member of the tennis community, and is the latest recipient of a Tennis Victoria Highly Commended Service Award!

Known as the organiser of many events at Bennettswood TC, including Candlelight Dinners, Melbourne Cup Calcutta’s, Major Club Raffles, Car Park Plant Sales and Car Boot Sales, the results of these have raised significant funds for the club.

Additionally, her continuous service since 1991 at MEMRLTA had her awarded life membership in 2013 after holding a number of positions including President, Vice President and Record Secretary in which her memory of players and their gradings has been deemed as beyond belief!

And while Judy never held a formal position at Eley Park Tennis Club, she was always available to lend a hand.

Congratulations Judy and thank you for your contribution to tennis in Victoria!