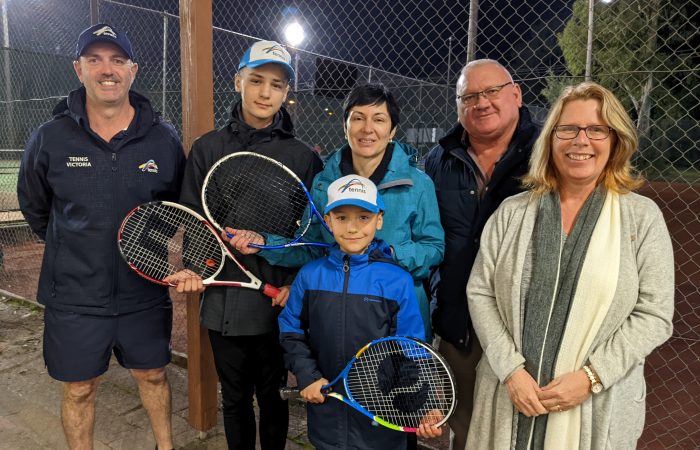 Congratulations to Beaconsfield Tennis Club – who are the Affiliate of the Month for July 2022!

Beaconsfield TC have recently shown amazing community spirit and leadership in welcoming in and supporting a family of Ukrainian refugees into their tennis club. A local Beaconsfield resident had welcomed the family in to their home put an ad on the local community Facebook page asking for clothes for the children who were about to start school. The club saw the post and contacted the resident, asking if the children would like to come down and have a hit of tennis. They had never played but came down that week to try.

Members of the tennis club and coaching team then supported the family by offering coaching for the children personally subsidised by the Club Coach and Club President. Tennis Victoria was able to supply tennis packs including racquets, equipment and a contribution to the lessons through the ACE program.

Through necessity, the family has had to recently relocate interstate but thanks to the support of Beaconsfield Tennis Club giving them an opportunity for their new found enjoyment of tennis, they’ve found new local courts to continue playing tennis.

Well done to the Committee and Members of Beaconsfield Tennis Club and the Coaching team of Ossie’s Tennis Coaching at Beaconsfield for showing great leadership in supporting members of their community.

If you want to be part of the Beaconsfield Tennis Club you can view their website here or you can show your support to them by following them on Facebook here. Ossie’s Tennis Coaching is also on Facebook, give them a follow too!