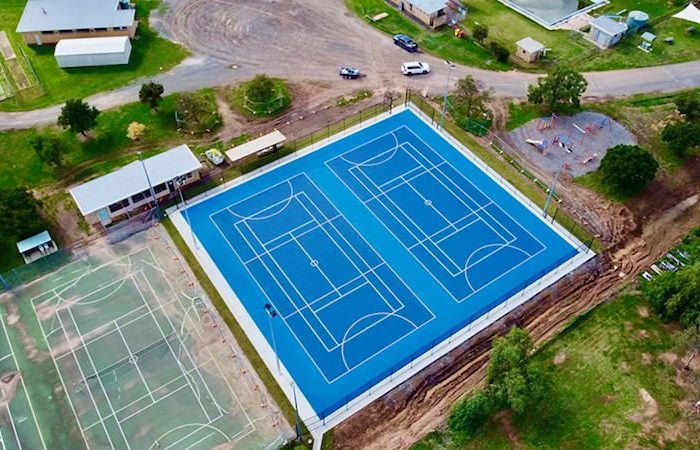 The Raywood Tennis Club is thrilled to have new tennis courts operational with brand new LED lights installed. This will enable the club to return to playing home games after a 5 year absence because of the old, unplayable courts. The club is indebted to the Dingee Tennis Club who hosted Raywood during the difficult years, but we all know there’s no place like home!

Having no home courts made it difficult for the club to attract local community members, especially when a hit is a half an hour away. Casual hitting within the district essentially disappeared. For most of us, our start in tennis came with a social hit before trying competition. So herein lies the excitement – local courts enable social tennis which will in turn flow into competition!

There are many people to thank – Bendigo Council – Bryce Balsillie, Ian Mclauchlin & team, Brian Westley, state MP Jacinta Allan, Federal MP Lisa Chesters, Tennis Victoria and the Raywood Recreation Reserve Committee (RRRC). Under the marvelous leadership of RRRC President Thomas Zahle, his committee and engineer Tim Black, so much has been achieved at the reserve.

Not only do they have new courts and lights installed, but the old inefficient open drains are now piped. This will stop water seeping under the new courts, which was one of the key engineering issues that saw the last courts fail. These pipes run to a new and greatly expanded dam to water the oval, amking it a win for the environment, water efficiency and costs. The community, through the RRRCoM have made a substantial financial contribution to the project.

Finally the club would like to thank the fantastic contractors; Court builders – APL Concreting in Bendigo and the Courts Light Installers – D & A Lighting from Melbourne. They were both very professional and cooperative, and have left Raywood with an outstanding facility.

Raywood is back open for business and busy recruiting for social and competition players, for the 22/ 23 season with a special emphasis on juniors. 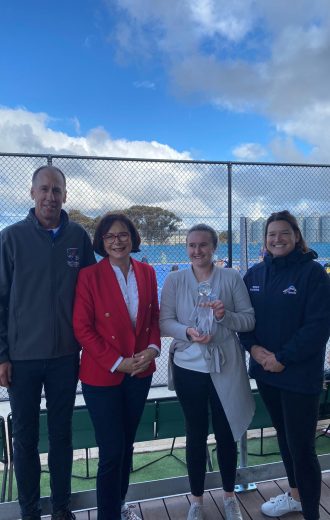 Court upgrades and redevelopments have been seen across the state as clubs and centres take advantage of the Local Sport Infrastructure Grants.

The opening was attended by members of the Yarriambiack Shire Council, who also received their Supporting Tennis – Local Government Award of which they were announced the winners in the Victorian Tennis Awards’ virtual ceremony last year.

Heading east, the future at Ballarat Regional tennis club is certainly looking bright with new LED lights installed to light up all 18 courts!