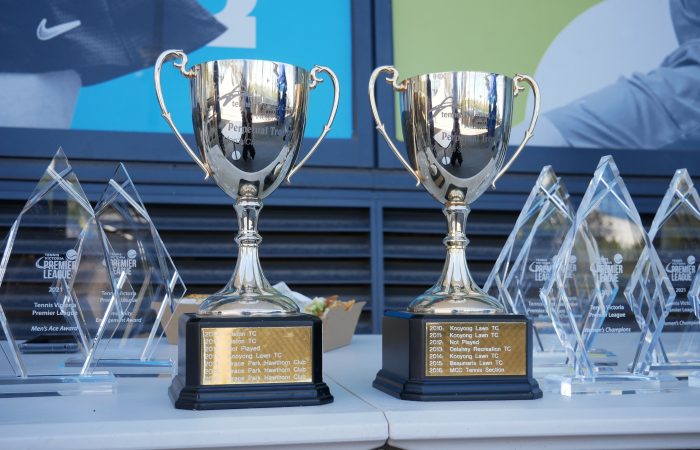 Hume claimed the women’s division after defeating a valiant Royal South Yarra 2-1. While Erica Layton got Royal South Yarra off to a good start with a commanding straight set win over Erin Maguire, Hume’s doubles duo Jemma Carbis and Darcy Parke quickly levelled the score from a set down in a 3-6, 6-3, 10-8 nail-biter.

It all came down to the decider and Hume’s Leann Serna, the 2021 Women’s Ace Award winner, left it all on the court to earn a 7-6, 6-1 victory over Varatchaya Pias Wongteanchai. After a tight first set, Serna took control in the second and proved too good for her opponent

In the men’s division, Royal South Yarra claimed this year’s title after defeating the defending champions 2-1. Andrew Whittington and Daniel Byrnes gave Kooyong the early lead with a 6-1, 6-1 masterclass over Aaron Leeder-Chard and Jarryd Maher, but Royal South Yarra hit right back to level the score after Jason Kubler defeated Omar Jasika in straight sets.

With the 2021 title on the line Luke Saville stood tall with a 7-6, 6-2 victory over Jacob Grills. Much like the women’s decider, it was a hard-fought first set but a dominant second sealed Saville’s victory.

That brings an end to an exceptional Premier League and we can’t wait to do it all again in 2022!