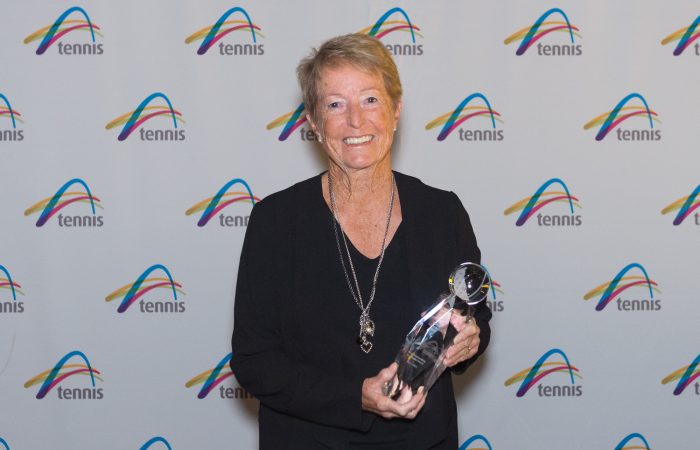 Victorian tennis has lost one of it’s greats – Nola Collins.

Nola was competitive on the court and encouraged everyone to get involved in the sport too. 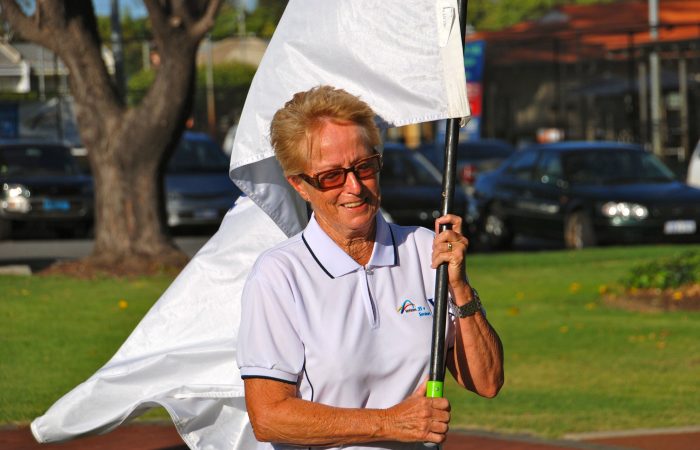 Friends of Nola’s, Tom and Judy Hancy wrote this tribute for their friend, R.I.P Nola.

It was Nola who got many of us interested in the Seniors program to not only enjoy the game but to participate in the many social events particularly the Teams events and the ITF program which took us to many parts of the world.

Nola’s circle of friends is scattered across many countries. She participated in the Australian and ITF team events and the many individual events around the world with a good deal of success. Nola was the recipient of the ITF Seniors Circuit Certificate in recognition of her world No 1 ranking in the following years and categories: 2014 and 2015 both Mixed doubles and Doubles 75 category; 2018 both Singles and Mixed Doubles 80 category. She represented Australia fifteen times in the various ITF World Team Championships. The first beginning back in 1987 when she was a member of the Young Cup team. She captained the Australian team nine times during those years and was a member of three winning World Cups competition teams in 1999, 2005 and 2009.

Her other Singles wins included winning her age Australian Singles on three occasions and four times winning the Regional Singles in her age group.

We witnessed Nola’s struggles first hand over the past 10 years in her battle against liver cancer as we often travelled and stayed with her and her husband George on numerous occasions. There were a lot of days when things were not right but she did her best to treat it as just another hurdle.

Nola leaves behind her husband George and her three children, Katrina, Mark, and Dean and her four grand-children. To them we offer our deepest condolences.

Nola will be greatly missed by not only her immediate family but her family of tennis friends around the world.

– Judy and Tom Hancy, family friends for the past fifty years