Victorians on a roll in US Open Doubles 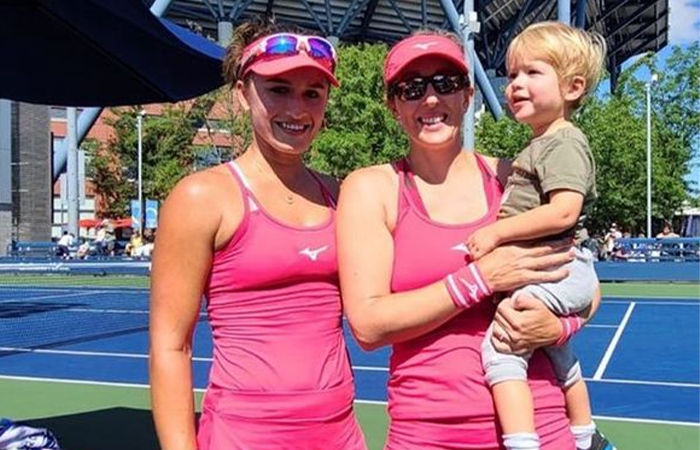 Victorians are taking New York by storm as Storm Sanders, John Peers and the Rodionova sisters have all advanced in the Doubles competition of the US Open.

Royal South Yarra’s Storm Sanders has teamed up again with American Caroline Dohide, with whom she reached the semifinals at Wimbledon.

The 10th seeded pair are the first team to reach the quarterfinals after their three-set win over 6th seeds Veronika Kudermetova and Bethanie Mattek-Sands, 4-6, 6-3, 6-2.

Sanders has been in remarkable form in 2021, recently reaching a career-high ranking of No. 39 in doubles and No. 132 in singles.

John Peers has partnered with Poland’s Filip Polasek in the Men’s Doubles competition, and has advanced to the quarterfinals after dispatching Dutch duo and number 10 seeds Wesley Koolhof and Jean-Julien Rojer in the round of sixteen.

Peers and Polasek are the 8th seeds in the competition and now face the 3rd seeded pair; Nicolas Mahut and Pierre-Hugues Herbert of France.

Peers and Chinese partner Zhang Shuai put up an epic fight in the first round of the Mixed Doubles, facing the top ranked pair of Ivan Dodig and Nicole Melichar-Martinez.

Anastasia Rodionova makes her return to international competition with her sister Arina, after having taken time away from the game to start her family.

The sisters had the daunting task of facing number 4 seeds Nicole Melichar-Martinez and Demi Schuurs, but they posed no problems for the Australians who claimed the 6-2, 6-4 win.

After a three-set win in the second round, the sisters now face the Czech team of Marie Bouzkova and Lucie Hradecka for a place in the quarterfinals.

Best of luck to all our Aussies – bring on week two!