Tennis Victoria would like to congratulate June Uebergang and Kathleen Rehe for being awarded Order of Australia medals in the 2021 Queens Birthday Honours.

Both women have been awarded Tennis Services Awards during their incredible tennis careers, and have shown exceptional dedication to their respective tennis communities. 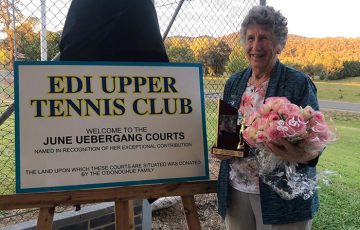 When June Uebergang moved to Edi Upper in 1970, she became actively involved and a driving force in the Edi Upper Tennis Club. Her nurturing and encouragement of not only the younger players but getting all players, young and old to ‘have a go’, and get involved. Her motto is ‘It matters not of you win or lose, but how you play the game´ instilling age old values and court etiquette from a young age, in the minds of over 400 players that she has coached. 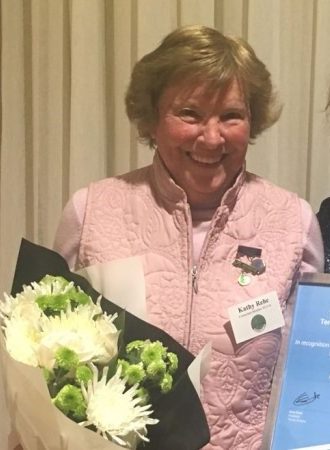 As an Executive Committee member of the Midweek Eastern Metropolitan Region Ladies’ Tennis Association Incorporated (MEMRLTA) for over 40 years, Kathy has held a number of positions within the Association, such as president, vice-president, general committee member, treasurer and secretary. A life member of MEMRLTA, Kathy is the heartbeat of the Association due to her outstanding dedication and knowledge of various laws and rules relating to tennis. She is also a life member of Doncaster Tennis Club, where she currently plays.

Congratulations to June and Kathy for their well-deserved honours!